Maroon 5 singer Adam Levine and his supermodel wife Behati Prinsloo are all set to add another member to their clan. According to People magazine, the couple is expecting their third baby together.

Adam and Behati are already doting parents to their two daughters, Gio Grace and Dusty Rose. Continue reading to know more about their pregnancy news. Adam and Behati are expecting their third child together

As per the report in People magazine, during a recent outing, Behati Prinsloo put her baby bump on display. On Monday, Victoria’s Secret model and her husband Adam Levine stepped out for lunch in Santa Barbara.

For the day outing, Behati opted to flaunt her growing baby bump in a silk floral dress.  Adam and Behati’s new arrival will be joining their beautiful family that consists of their two daughters Gio Grace, who is 4 years old, and Dusty Rose, who is 5 years old. Behati wanted to expand her and Adam’s family of four

In an earlier interaction with Entertainment Tonight, Behati talked about her desire to embrace motherhood again. At that time, she said, “We always knew we wanted a second one. So I think for me in those two years when I had two babies under the age of 2, I was just like, ‘Don’t even think about it!’ But I do also want five kids, but don’t even think about it.”

Prinsloo further told the media outlet, “You know what, never say never. We want a big family, who knows? We’re leaving it up to fate and just what happens. What will happen, will happen. So there’s no limits to it.” 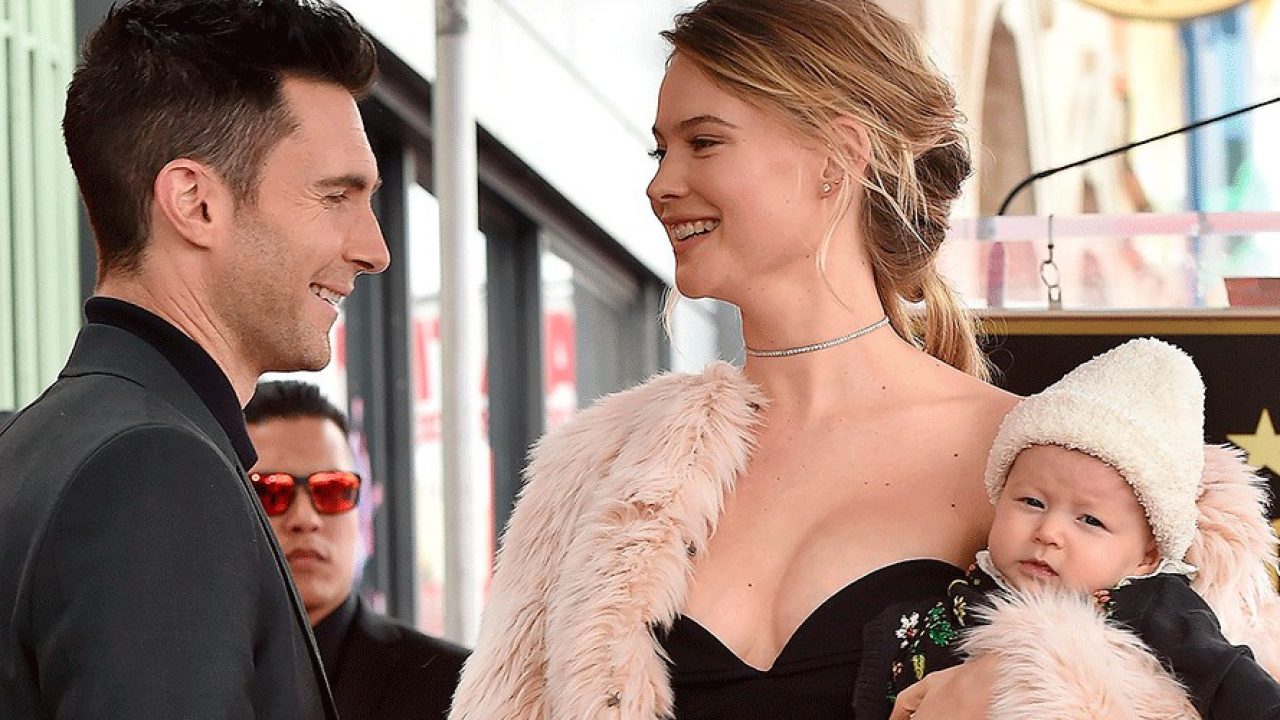 The model continued, “I think it’s just kind of where we are in our life. And with COVID too, I was just seeing [Dusty and Gio] together, I’m like, ‘Maybe we should have a third just to have more kids,’ because it was so sweet to see [them together]. But then I don’t know. Never say never.”

When did Adam and Behati get married?

Adam Levine and Behati Prinsloo tied the knot in the year 2014. The pair had announced their engagement in July 2013 after the two of them reconciled their romance after a brief split. The two lovebirds began dating in 2012.

Levine and Prinsloo made their first appearance as a couple in 2012 at GQ Gentlemen’s Ball in New York City. At that point in time, a source told Us Weekly, “They seemed very cozy at dinner, cuddling up a few times.” During the 2014 Chanel closing party of the Tribeca Film Festival in New York City, Adam couldn’t stop gushing over his wife Behati at the event. At that time, Levine said, “She makes me the best person I can be. She’s the best in the world.” We must say these two are each other’s soulmates.

We send our heartiest congrats to Adam Levine and Behati Prinsloo as they are expanding their family. We wish them nothing but best of everything. Don’t forget to stay tuned with us for the latest updates from the world of showbiz.