‘Aaron Paul,’ the Breaking Bad actor, just announced the birth of a lovely newborn boy with his beloved wife Lauren.

The actor earned an Emmy for Outstanding Supporting Actor in a Drama Series for his work on Breaking Bad in Seasons 3 and 4.

Aaron and Lauren’s adoring love story began during the Coachella Music and Arts Festival. Story Annabelle, the couple’s daughter, was born in February 2018. And the pair were head over heels. 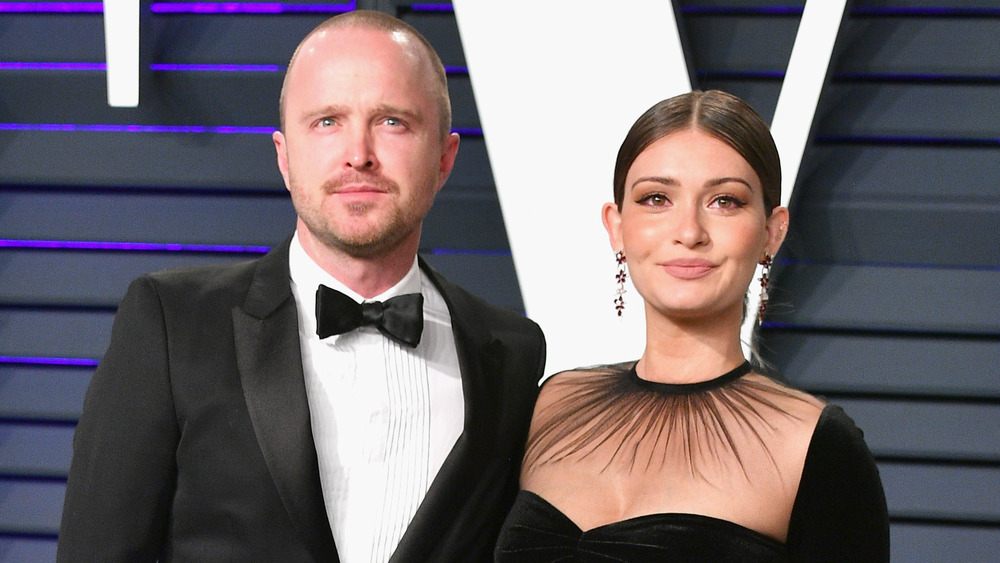 And now their family has grown and extended with the addition of another charming member. Lauren turned to Instagram to share the joyful news of her upcoming child in December 2021.

She captioned the photo with, “We can’t wait to meet you, baby! We love you so much already.” Aaron and Lauren are now parents once more.

Before we get into the specifics, congratulations to the wonderful parents on the birth of their second child. And let’s know everything about the newborn.

Along with this Aaron actually revealed the Godfather of his baby.

The actor announced this exciting news to everyone on The Tonight Show with Jimmy Fallon Tuesday night.

“But I want to say congratulations,” Jimmy said. “You have a brand new baby at home.”

Aaron Paul then confirmed to everyone, “A new baby boy!” And mentioned that his name is “Rydin and I love him.” Aaron also stated that he is “exhausted.” And that’s actually understandable, being parents means having sleepless nights.

You can actually watch the whole episode of Aaron’s revelation below.

Aaron Paul Revealed The Godfather Of His New Babyboy

Aaron Paul also discussed his new baby’s Godfather in the show. And that all began when Jimmy asked the amazing actor about it.

“I know Bryan Cranston is a good friend of yours,” Jimmy questioned. “Has he yet seen the baby?”

“He has. He’s met the baby,” Aaron explained.  Then after that, he remarked, “Ya know, I asked Bryan on his birthday if he would be our baby’s godfather.” 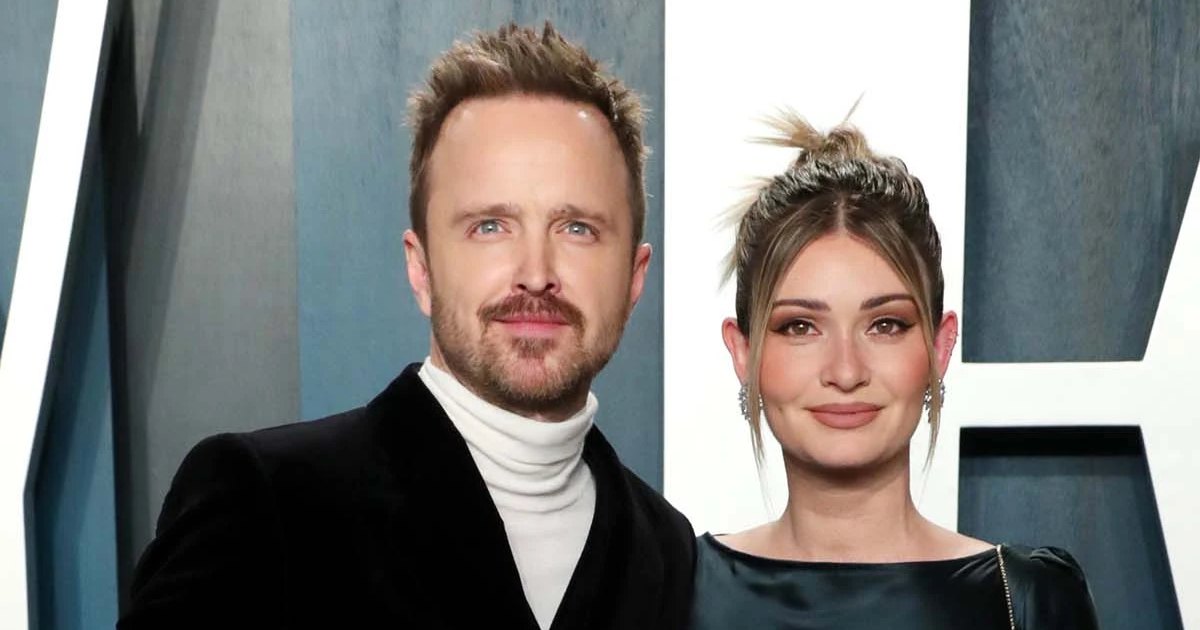 “He said no,” the actor jokingly remarked.

But then Aaron clarified to everyone that Bryan Cranston is actually pretty excited and honored to be a Godfather of Aaron’s newborn.

“No, he’s very excited, very honored. I love the man to death. He’s one of my best friends in the world, and, so yeah, it was just a no-brainer.” 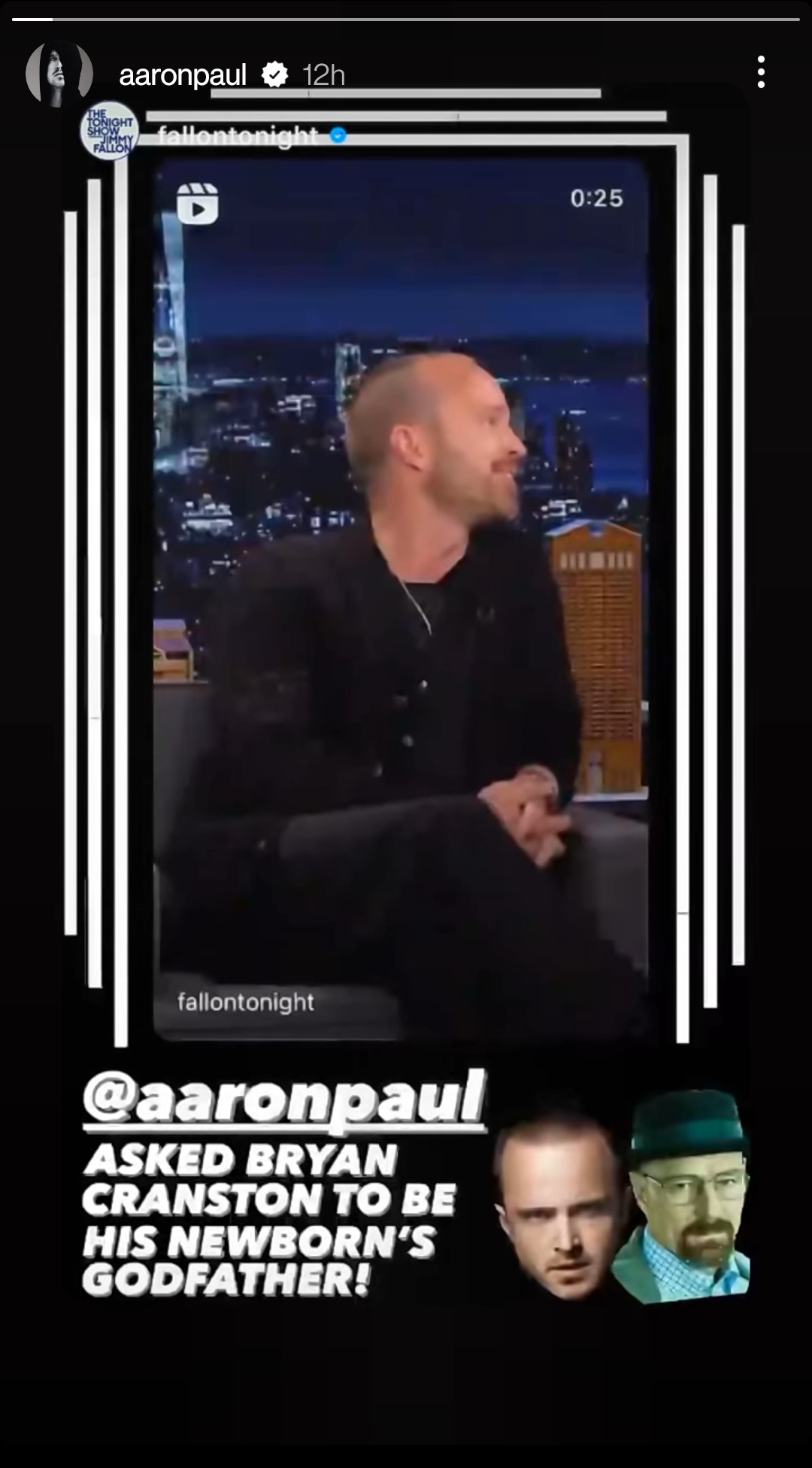 After seeing the picture of Aaron’s new baby, the readers will say, ‘Aww.’ The photo was shared by Jimmy and Aaron. ‘You brought some cute pictures of the baby,’ Jimmy said.

Then, when Jimmy asked whether this was the ‘day off,’ Aaron joyfully affirmed it. Then they started sharing adorable images of the newborn, and everyone simply went ‘Aww.’

Aaron also revealed that his four-year-old daughter Story is head over heels in love with the baby boy. 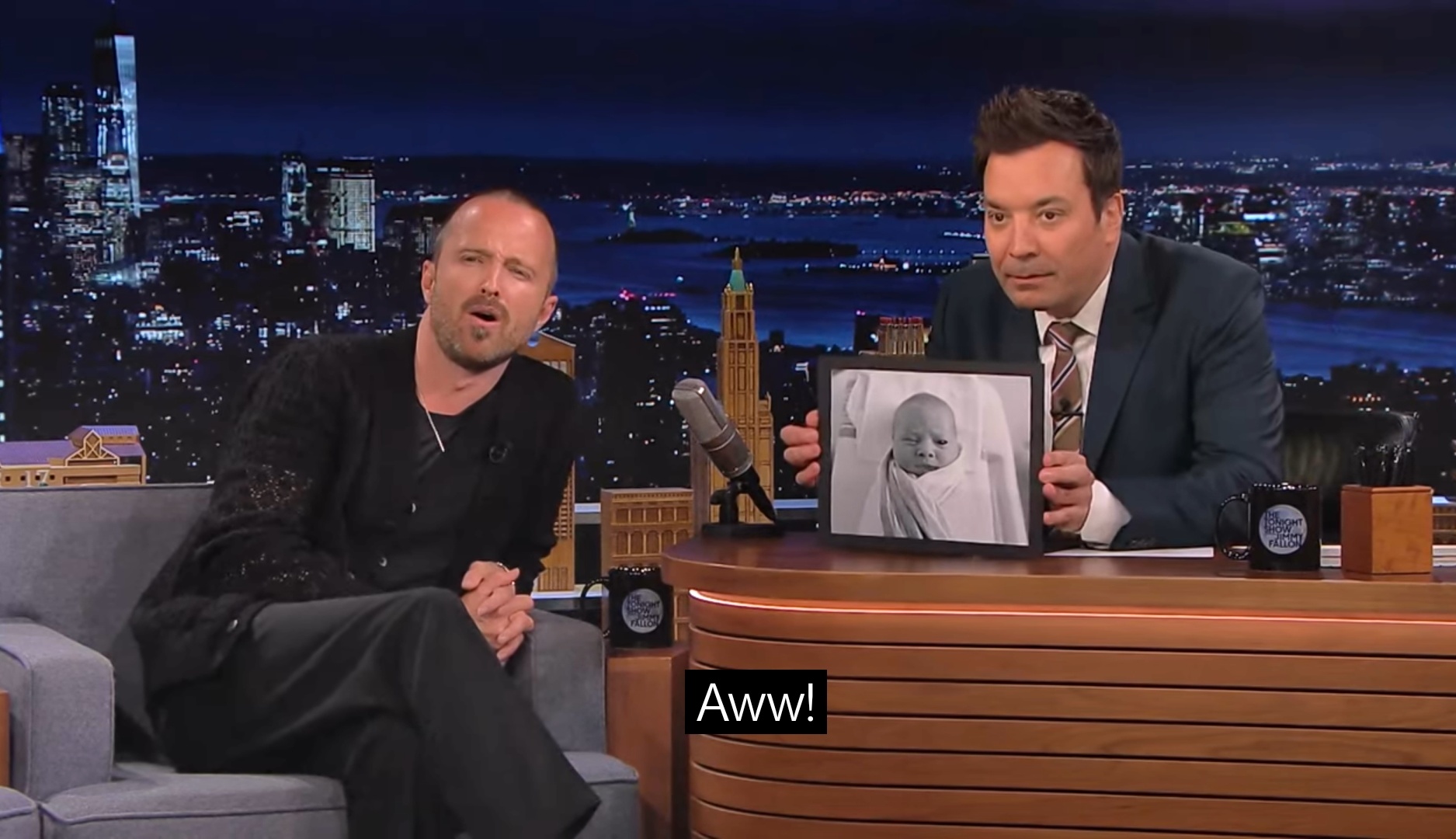 “She’s madly in love with him, can’t squeeze him enough,” Paul stated. “It’s her doll,” he added.

Well, Aaron and Bryan’s friendship and brotherhood are absolutely magnificent. So, what are your thoughts on this new revelation and addition to the great actor’s life?

We think it’s extremely adorable, and we can’t wait to see little Aaron grow up.