A Look at Ashley Benson and G-Eazy’s Relationship Timeline

We know you all want to know how Ashley Benson and G-Eazy went from being just music collaborators to lovers in real life. Read further to get all the insights into the whirlwind romance of these two lovebirds. When did Ashley and G-Eazy spark dating rumors?

Benson and G-Eazy were first romantically linked to each other in May of 2020 when they were photographed holding hands and kissing. Their fans were very surprised by their romance as the actress had just broken up with Cara Delevingne a month before.

When we talk about the love life of G-Eazy, he was previously linked to the Without Me singer Halsey. They dated for over a year from August 2017 to October 2018. Who was Benson dating before G-Eazy?

Back in the day, the Pretty Little Liars star was in a relationship with model Cara Delevingne. Us Weekly confirmed that Ashley and Cara broke up in May 2020.
The actress was romantically linked to the American rapper in the same month.

Benson didn’t make any official comment regarding her split from the Life in a Year actress instead she dropped a like on an Instagram post that was about her dating the I Mean It singer on May 13. Ashley and G-Eazy collaborated for the first time ever for the cover of Radiohead’s Creep. At that time they were just friends. The song dropped in April 2020.

The duo was spotted together out and about in public in Los Angeles at the beginning of May. Around that time only Ashley and Cara Delevingne decided to part ways after being together for nearly 2 years. Soon afterward, the two were caught kissing each other in a video that surfaced on the internet on May 14. During the same month, an insider told Us that the duo was “hanging out and seeing each other” post Ashley’s breakup with Cara Delevingne. The source further added, “It’s not serious.”

On May 21, G-Eazy and Ashley got snapped by the paps outside Me, Myself & I singer’s Los Angeles home. Just a few days later, the couple was photographed again in G-Eazy’s Ferrari while celebrating Memorial Day together in Malibu. The pair stepped out for a hike in Los Angeles on June 13 following which they were seen exiting a grocery store. They packed on some PDA on their outing.

Around the same time, the couple attended the wedding of Benson’s sister Shaylene that took place in Laguna Beach, California on June 18. Yet again, Ashley and G-Eazy were seen together in the photos of her sister’s wedding.
The California native revealed in June of 2020 that he and Ashley will be working together on his new project, Everything’s Strange Here. Ashley went on to star in “All the Things You’re Searching For” along with Kossisko. The engagement rumors of Ashley and G-Eazy began swirling in the air when the Spring Breakers actress got papped with a diamond ring on her left hand while grocery shopping with G-Eazy in L.A. During an interaction with Entertainment Tonight in October 2020, the Him & I singer spilled the beans on his ladylove and said, “She’s an exceptionally talented person in many different spaces.”

The 33-year-old further added, “She’s a special one. Obviously, she’s a great actress, but, you know, getting to work with her and putting her in front of a microphone and watching her sing so effortlessly, she has this very special tone of voice and texture and something that’s very innate to her, given that’s not her first job or what she’s known for.” The Hate The Way singer further added, “It just blew me away that you can have such a hidden, special talent that the world doesn’t get to see as often.”

G-Eazy dropped a carousel of pictures on the social media platform Instagram in which the couple was dressed up as Batman and Catwoman. “I MISS HALLOWEEN ALREADY 😢😢😢 🦇🦇🦇,” the singer captioned the photos. After completing six months together, a close source told Us, that “Ashley and G-Eazy have become super serious, but not in terms of an engagement, marriage or a baby yet. They’re definitely having fun and doing well. They’re super comfortable with each other and have bonded a ton during the quarantine.”

In the same month, the Still Be Friends singer stated in an interview at the 2020 American Music Awards that he would be spending his first Thanksgiving with Benson. He said, “We’ll cook a turkey together.”

G-Eazy wished his girlfriend a very happy birthday on Instagram. He shared a series of six candid shots on social networking service. He wrote, “Happy birthday beautiful 🖤 @ashleybenson I love you to the moon & back”, in the caption of the post. An insider told Us that G-Eazy and Benson were “in a great place.” The source continued, “Friends of hers thought he might just be a rebellious rebound, but there is real chemistry between them, and it looks like they are in it for the long haul.”

On February 8, a close source informed Us that the couple had called it quits. It’s okay some things are meant to be while others are not. After their split, the Good Life rapper was spotted getting cozy with Josie Canseco. At that point, Josie’s representative told Us that there was nothing romantic going on between them.

Her rep told the media outlet, “Josie was out celebrating her Maxim Mèxico covers, she’s newly single and they were just hanging out. They’ve known each other for a few years and they are just friends.” 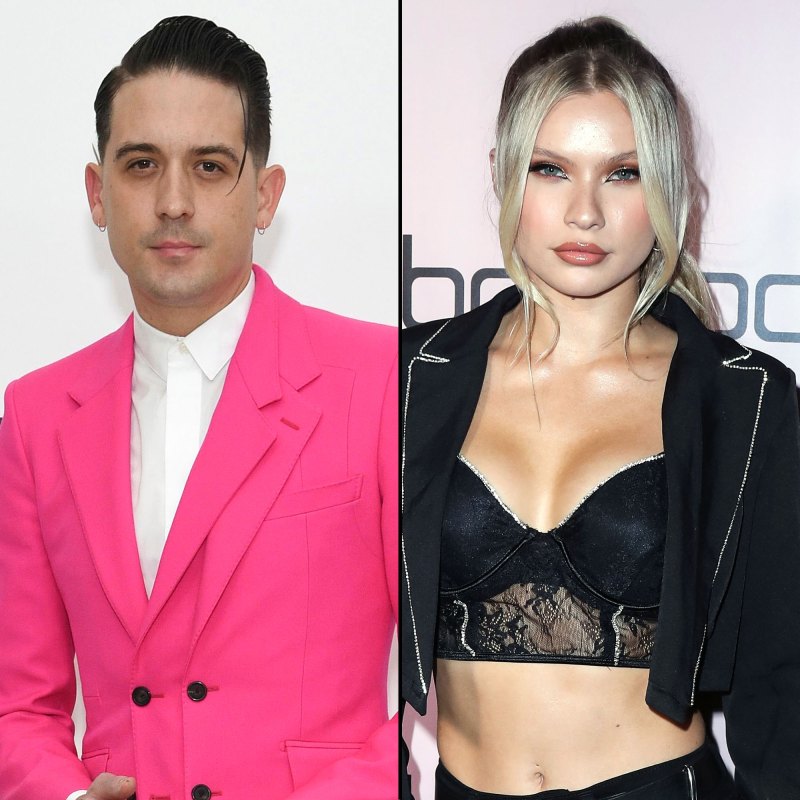 During an interview with Cosmopolitan U.K., the 13 Going on 30 actress talked about her romance with G-Eazy which was published after their break up and she said, “We’ve been doing a lot of things together in quarantine.”

Ashley went on to say, “Who knows if it will ever be released or not, but we’ve done 30 songs! That’s been really nice, because when you don’t have anywhere to go, it’s really nice to get something out of it. he’s taught me a lot about music.” The former couple sparked reconciliation rumors in December of 2021 after Page Six acquired a few photos of G-Eazy and Ashley together post the holidays.

Us confirmed that the pair was back together. A close source told the media outlet that Benson and G-Eazy never lost touch following their split.

At the time an insider told Us, “They’re together. They just like to keep their relationship private. They know no matter what, they have each other to lean on during tough times.” The couple flaunted major PDA at Darren Dzienciol and Richie Akiva’s Oscars party in Los Angeles. An eyewitness told Us, “They clearly weren’t hiding the fact that they’re together again.”

The person continued, “They looked very in love and like they’ve been dating for a while. They socialized with friends they knew but they did not leave each other’s side.” Did you like the fairytale romance of G-Eazy and Ashley Benson? Kindly let us know your thoughts in the comments section below. Don’t forget to stay tuned with us for the latest updates from the world of showbiz.