A Friend of the Family: Teaser of the Series Based on Jan Broberg’s Kidnapping Released

Peacock has released the teaser of their upcoming true-crime series, A Friend of The Family. The limited series is based on the kidnapping of Jan Broberg by her neighbor Robert Berchtold in the 1970s, which shook the country.

The series will try to show a new perspective on the kidnapping, which was also the subject of the 2017 Netflix documentary, Abducted in Plain Sight. Read on to know more about the show and watch the thrilling teaser. 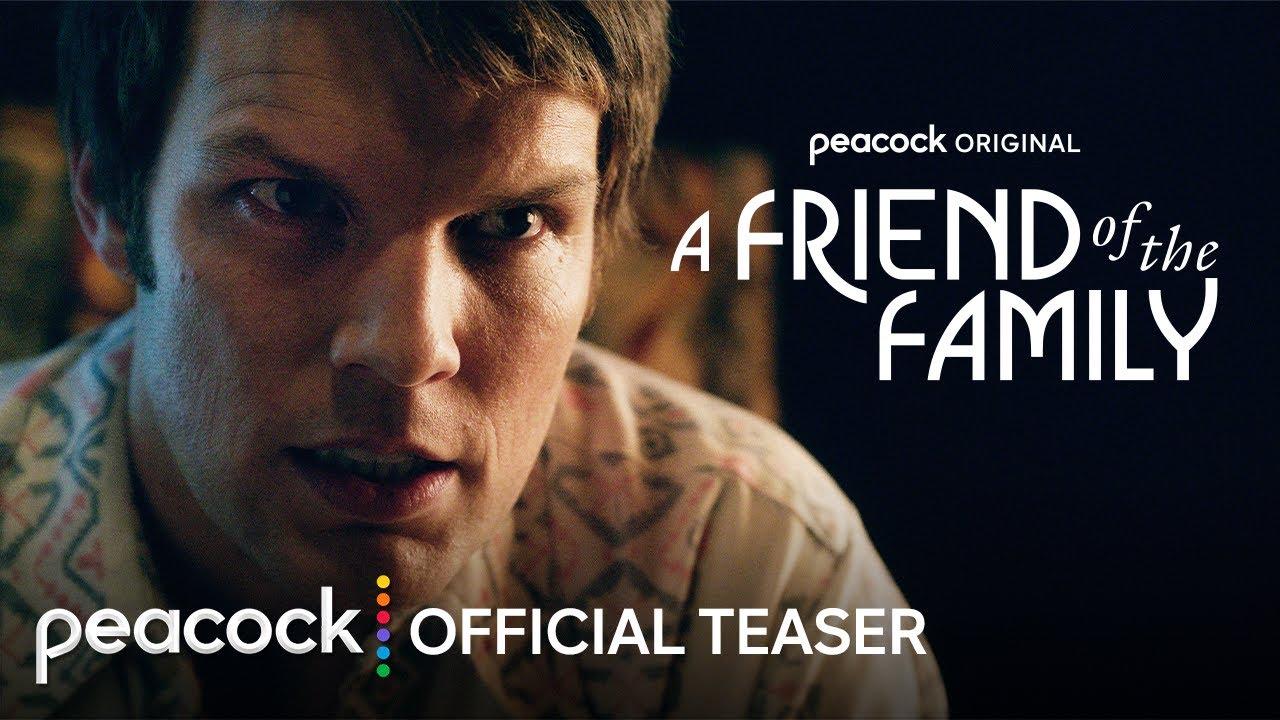 The teaser opens with the visuals of a regular family, the Brobergs, as they go about their day-to-day life and live peacefully in a town. A new family, the Berchtolds, moves into their neighborhood, and things seem to be going pretty well.

However, creepiness begins to take over the teaser soon as the Berchtold family patriarch, Robert, begins his manipulating game and slowly starts taking control over the Brobergs’ lives. By the end of the footage, he is seen driving as Jan sleeps in his car.

The show is set to premiere on Peacock on October 6 and will feature six hour-long episodes. Watch the nerve-wracking teaser below.

Jan Broberg Serves as the Executive Producer of the Show

Jan Broberg herself has taken charge as the executive producer of the show, along with her mother Mar Ann. She released a statement that read, “I am Jan Broberg, and A Friend of the Family tells our family’s story and my story. We were a loving, trusting, educated family. We were not stupid or careless. So how could this happen in our neighborhood, where we knew everyone, and everyone was a friend?” 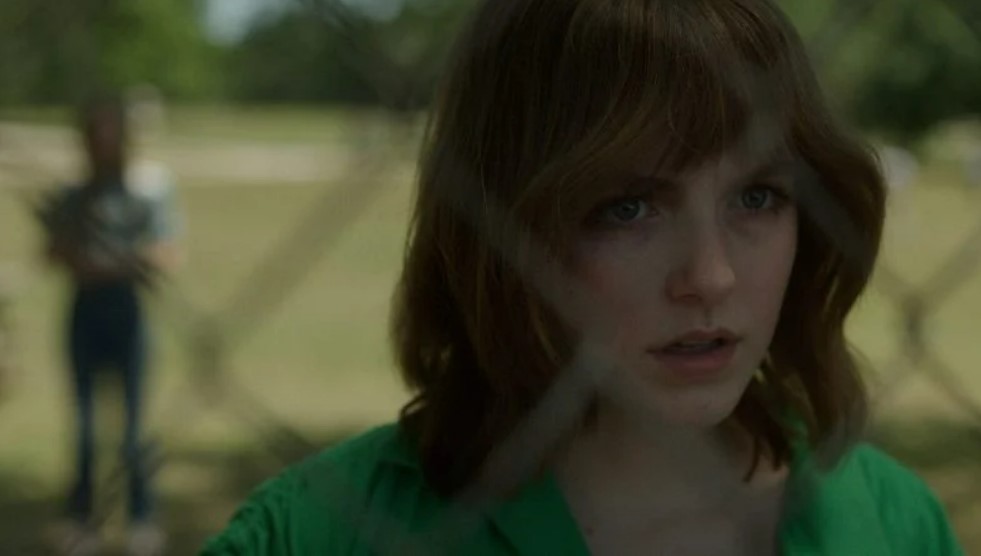 “The truth is that most predators are not strangers but people we know — people who can build trust, create special friendships, and separate family members psychologically. This story will make you talk, shout, cry — and it will make you angry. Good.”

“The team of writers, actors, designers, directors, and producers led by Alex Hedlund, Eliza Hittman, and Nick Antosca have captured the heart of how good people can be manipulated and their children victimised. Our story is relatable because so many families have direct experience with this sort of abuse. “I hope that our story will start conversations — because secrets live in darkness and silence,” she added.

A Friend of The Family Cast and Crew 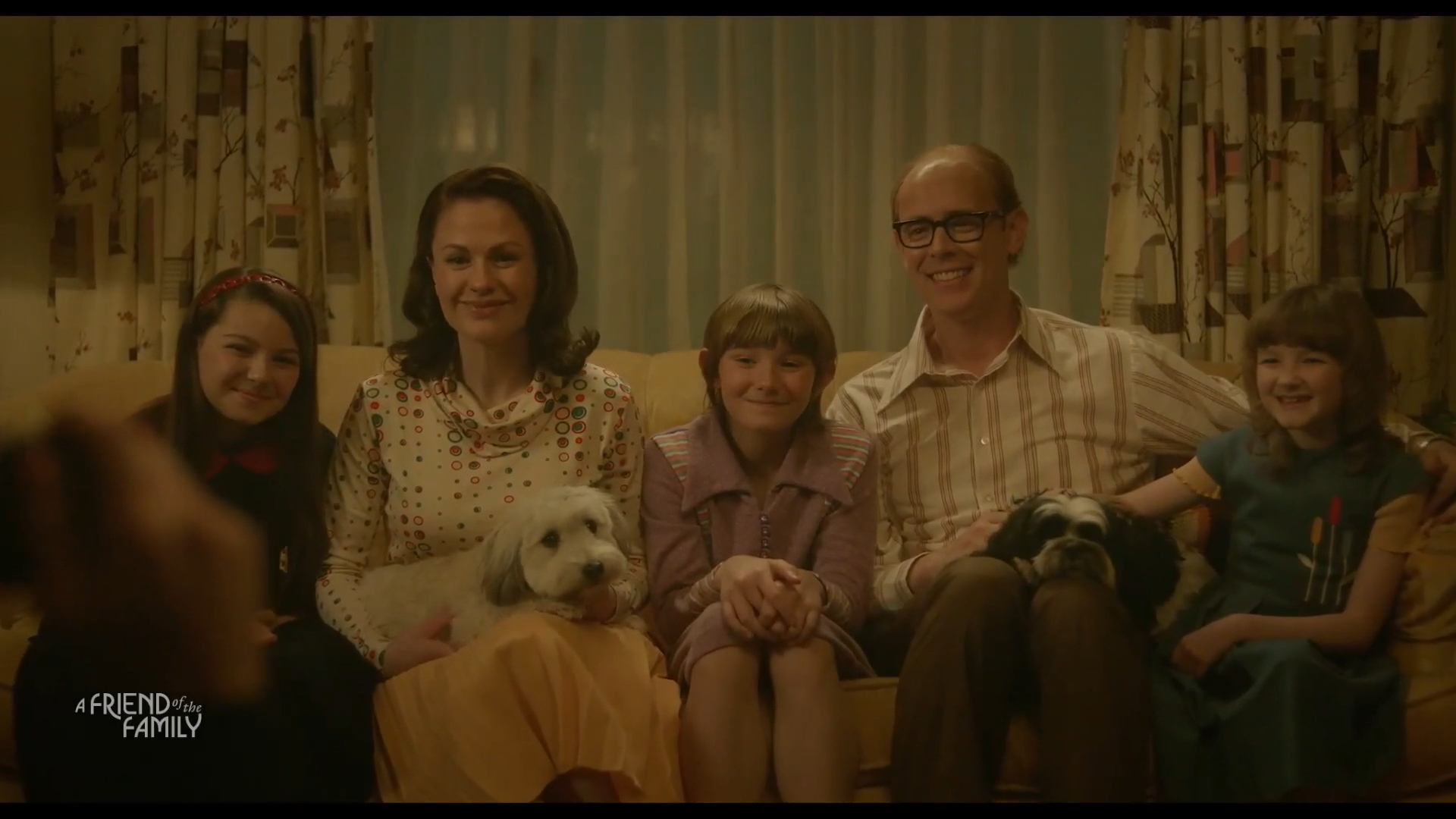 Apart from Jan and Mary Ann, Alex Hedlund and Eliza Hittman have served as executive producers, with Hittman also directing a few episodes. Nick Antosca, who previously created Candy and The Act, has acted as the showrunner.

Talking about the show, Antosca said, “It’s a surreal story. When I first heard it, I empathized with the family’s vulnerability, and I felt like I understood their story from the outside. But it stayed with me, and I wanted to understand from the inside — to know what their lives felt like.”

“The series exists outside the typical categories of genre. It’s a thriller built around obsessive relationships, a family drama, and a nightmarish coming-of-age story. This is a horror story that’s also about survival,” he added.

What do you think of the teaser? Let us know in the comments section.