The 75th Annual Tony Awards which are to be held on this Sunday will feature presenters ranging from the stage and screen and will be including actors such as Andrew Garfield, Bowen Yang, Nathan Lane and many more prominent celebrities. 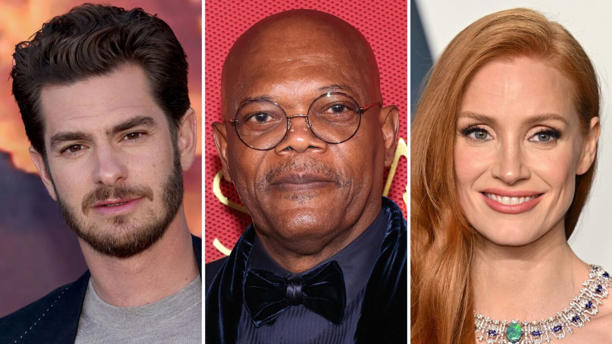 The Awards will be taking place on the 12th of June at the Radio City Music Hall where the stars from theatres, films and television will gather to honour the finest of Broadway and the ceremony is to be hosted by Ariana DeBose.

🚨 sarah paulson will be a presenter at the @thetonyawards on june 12!! pic.twitter.com/ko3LjiWadk

Andrew Garfield will be one of the presenters of the Tony Awards this Sunday (12/06). pic.twitter.com/UVRIkHcLpO

The four hour evening of the Tony Awards is set to begin at 7 P.M ET/ 4 P.M PT with The Tony Awards: Act One, which will be an hour-long streaming event of premier content hosted by Darren Criss and Julianne Hough, exclusively on Paramount+.

The biggest stars from stage and screen are ready. Are you? 🤩 Watch the 75th Annual #TonyAwards at @RadioCity LIVE coast-to-coast June 12 at 8pm ET/5pm PT on @CBS and @paramountplus w/ The Tony Awards: Act One streaming only on Paramount+ at 7pm ET/4pm PT. (1/3) pic.twitter.com/pexWXJPt8V

Another act will be the Tony Awards Ceremony will immediately follow Act One and will begin on 8/7 on CBS and will be streaming live and on-demand on Paramount+ as well. The award ceremony will be a three-hour-long affair which will end at 11/10c.

Both of the broadcasts are set to celebrate and honour the 75 years of broadway excellence and the ceremony is going all way to present the celebration through its incredible lineup of talent which includes the broadway icons like Samuel L. Jackson and LaTanya Richardson Jackson, as well as Michael Jackson‘s children,  Bernadette Peters, Chita Rivera, and Nathan Lane Andrew Garfield, Jessica Chastain, RuPaul, Bryan Cranston, and more.

The countdown is on! Only one week until Broadway's biggest night. 🌟 Watch LIVE from coast-to-coast June 12 at 8pm ET/5pm PT on @cbs and @paramountplus w/ The Tony Awards: Act One streaming only on Paramount+ at 7pm ET/4pm PT. pic.twitter.com/mBopSeDAKl

An Honour to the Understudies and Swings

The host, DeBose confirmed last night that this year’s Tony Awards will also pay their respect and honour to the swings and the understudies who enabled broadway to pave its way through this Covid Plagued season.

This clarification came in response to a tweet from Kate Shindle, the president of Actors’ Equity, and DeBose’s response dismissed the rumours on social media regarding the ignorance of the understudies in this year’s celebrations.

Thank you @kateshindle🙏🏾
To all concerned, all I can ask is that you keep the faith & trust I am working round the clock to bring you all a beautiful celebration of everyone’s hard work. We all are.

DeBose regurgitated Shindle’s assurances, noting, “To all concerned, all I can ask is that you keep the faith & trust. I am working round the clock to bring you all a beautiful celebration of everyone’s hard work…”