365 Days: This Day Soundtrack – 22 Best Songs from the Movie

Are you lost, baby girl?

Yes, by the splendid soundtrack of 365 Days: This Day.

A piece of big news has been announced for ‘365 days’ spectators, as the first part of the movie, which lasted 1 hour 56 minutes, was enough to pique viewers’ interest in what would happen next.

However, it appears like Netflix actually once again attracted millions of viewers when the second movie, titled 365 Days: This Day released.

Despite the fact that the trailer and release date have already been announced, we do not believe we are required to provide specific data. 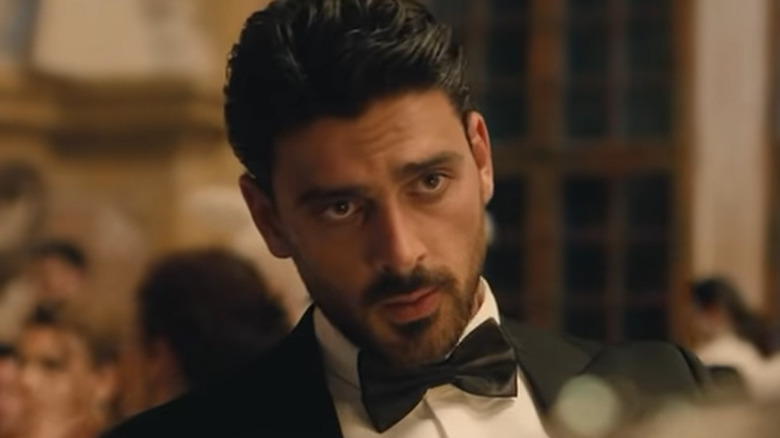 But the biggest question that arises is what soundtrack is actually used in this second movie. We’ve brought the soundtrack of 365 days this day with us, as always, since we don’t leave any information untouched.

For those who are unfamiliar with the movie’s storyline and why people are so keen to see it. Or for those who have previously seen it and want that rapid light bulb to go on again because they may have forgotten the half-plot, let us first explain the premise of the movie.

365 Days revolves around the central figure Massimo, that is the show’s star, as his character is the most engaging. The actress (Michele Maronne) does a fantastic job in the role.

Massimo is a respected and gorgeous Italian mafia boss with a powerful and intimidating aura that is nearly enticing to even the most independent modern lady.

Massimo gets everything he wants in terms of power and ladies, but he is defeated by Laura early on, leading to his frustration for the rest of the film. Laura is a tease, and despite her reservations, she appears to relish the chase.

His desire for her gets so intense that he kidnaps and imprisons her before offering her an ultimatum: fall in love with him within 365 days or return to her dull life in Poland.

But the second part of 365 days has its own twist in it. The second movie depicts Massimo and Laura getting married with their lovey-dovey moments, but it appears that their romance may be jeopardized when a guy vying for Laura’s heart disrupts the lovers’ lives.

What will happen now? Will Massimo put up a battle to keep his love? Will Laura leave Massimo? Well, only the film contains the answer to these questions. 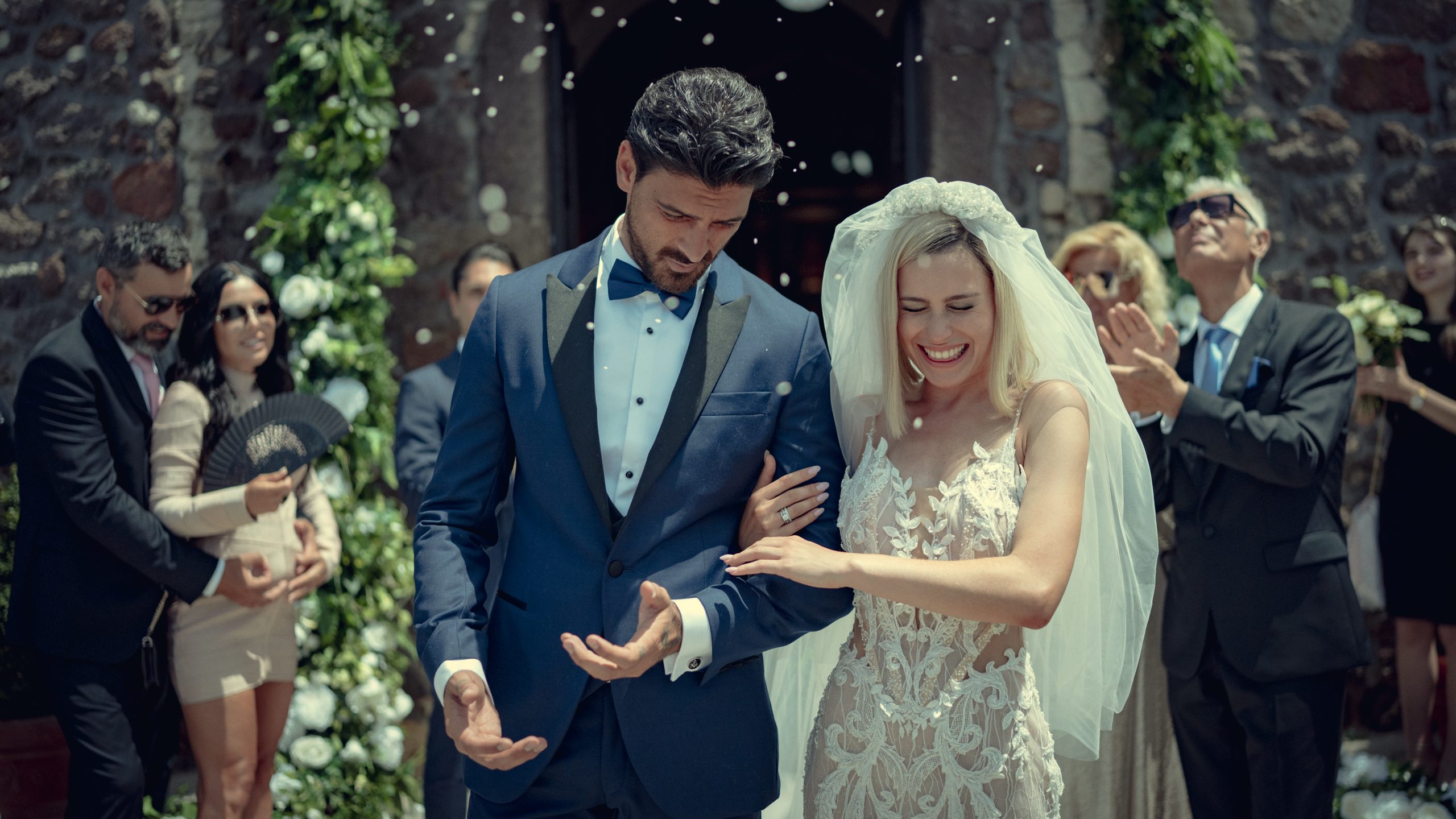 The famed scene in the yacht from this movie has topped Netflix’s list. Several people believe it is a movie that is unwatchable at best; yet, this movie is commonly compared to Fifty Shades of Gray, so who knows, if you enjoyed the Fifty Shades series, this could be for you.

What are we supposed to say? It’s worth a look if you’re looking for some spicy but lighthearted entertainment.

It’s definitely worth a look if you appreciate tall, dark, handsome Italian males that adore grabbing a woman by the throat. 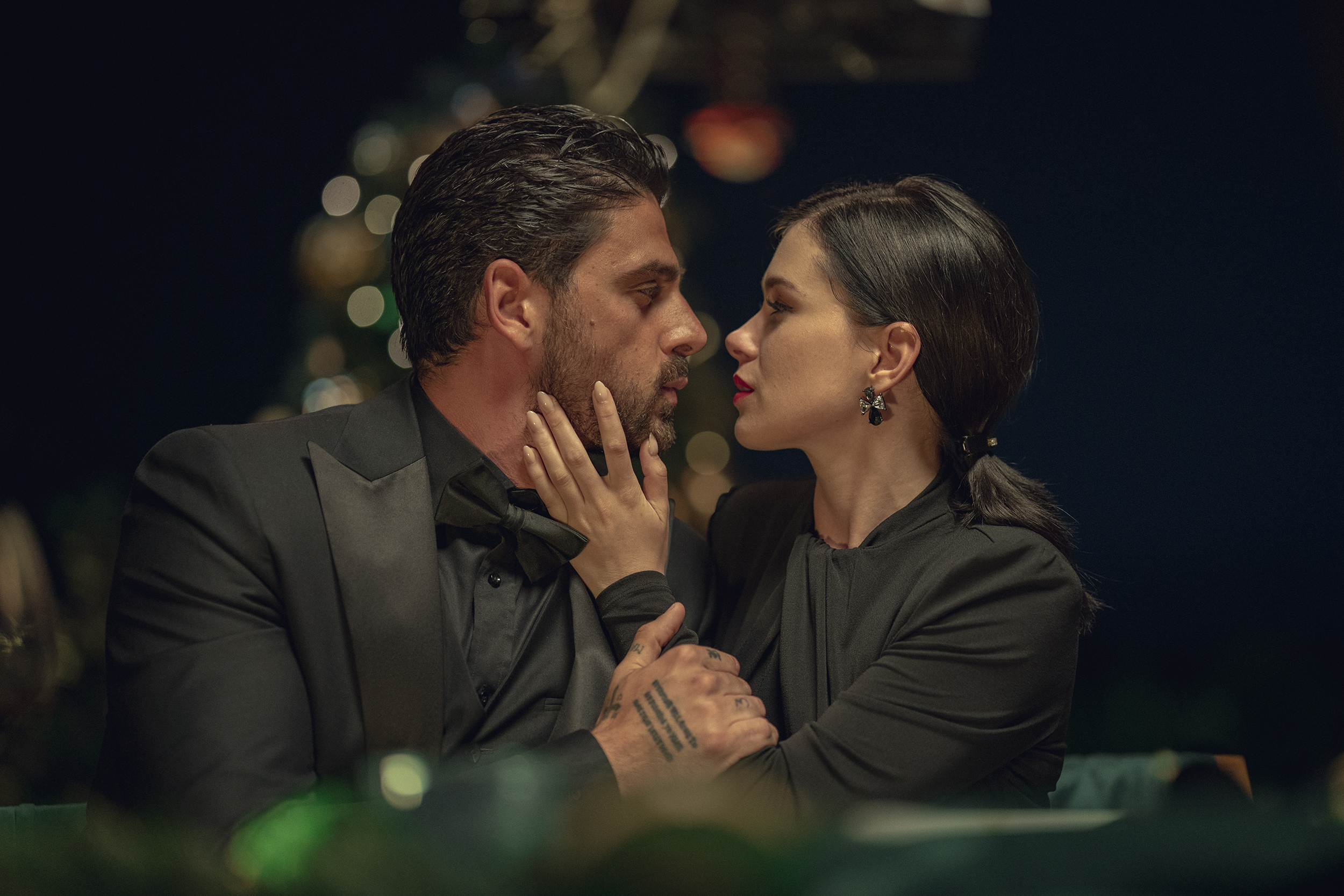 Now let’s turn our attention to the ‘365 Days: This Day’ soundtrack, with a little bit of detail about each of them.

This song’s lyric ‘only mistake you gave me 365 days’ should be enough to make you fall in love with this song. Fans rushed to find the name of this song after viewing Part 2 of 365 Days because of how pleasant and soothing it is.

2. My Girl By Oscar Cyms

This song appears to be a perfect fit for a wedding. The more you listen to it, the more you’ll perceive it as something lovely that fits in your ear, and it gets more enjoyable to listen to with each passing second.

After hearing this song, you could have the assumption that the ‘Emo singer’ who has sung all of the songs for the film to this point is Michele Morrone himself, don’t you think?

Songs by J.J. Abel are always masterpieces, and when his song is played in 365 days: This Day, it is likely to earn more views and fame.

When Laura and Massimo are at the beach together, this song is played. And whether you agree with us or not, this song sounds just like Ariana Grande’s single.

It appears that Emo is in control of 365 days: This day, as the soundtrack of the movie, particularly his songs, is gaining greater notice. Thanks to the movie for introducing people to Emos’ songwriting.

7. Nothing To Loose By Marien

We’ll just say ‘this song is such a vibe’ for now. Marien has sung several other masterpieces which include; Last Kiss In Heaven, The Escape, Golden Brown, and many more.

8. You Were In Love By Bryska

The music of this song is by Dominic Buczkowski, Patryk Kumór, Bryska. When you watch this song, you’ll see that the background and Bryska herself are all in green. That represents health, new beginnings, and riches.

Green is the most relaxing color and should be used to establish balance in a design, and that’s why this song seems so relaxing to listen to.

Isn’t the song’s lyric “Play me like a violin. The sweetest melodies, I wanna do bad things to you” enough to give you girls butterflies in your stomach?

The composer lyricist of this song are Patryk Kumor, Jan Bielecki and Damian Skoczyk. The song took its first initial release on 24th April 2022.

As you may or may not be aware, Natalia Krakowiak was on ‘The Voice Of Poland’ in which she performed her song “Listen,” and as a result, her fan base grew and she received a lot of favorable feedback.

Natalia may appear modest and modest, yet her voice has the power of a goddess.

This song is so hyped up that you might not understand some of the lines, but it will undoubtedly make you want to dance and sing your heart out.

13. Give Me Some Love By Tynsky

“I’m heartless, I’m broken & my heart frozen, cause everything I wanted is you,” one-sided lovers would understand this better.

This one is probably for you if you’re seeking a stress-free song to listen to while working out or at a party.

I’m betting that Emo will make a lot of money as half of the 365-days: This Day playlist is filled with songs Emo.

17. By Your Side By Marissa

Here’s a gift for you, pop music fans! The song, like the rest of the film’s soundtrack, was released in 2022.

When you hear this song, you’ll instantly know that it’s not in English, yet the vibes it offers us make us forget about it.

A catchy song to listen to when traveling with your AirPods on and pretending to be the main character, which you already are.

Hotel? Trivago. The most underrated song? Show Me by Ian Scott, haha.

21. Another Day By Michele Morrone

This song’s growth is impressive!! Do you know why? Because Michele Morrone features in the official video and, shockingly, his own song appears in Part 2 of 365 Days.

Well, the soundtrack of the movie 365 Days: This Day ends with the song ‘The End’.

The music appears to be quite haunting, but I’m sure you’ll listen to it over and over again.

How did you find the soundtrack of 365 Days: This Day? Is it better than the first movie? Don’t forget to let us know in the comments section below what you think.