‘28 Days Haunted’ Filming Locations: Every House Featured In The Series

’28 Days Haunted’ is now available on Netflix. The plot of the show is unlike anything we’ve seen before. We witnessed people or paranormal investigators visiting haunted locations and staying for a night or two.

However, in this series, the paranormal investigators stay for 28 days. Even so, the series does not feature a single location.

In 28 Days Haunted, three teams spend 28 days each in some of America’s most haunted locations conducting a paranormal experiment premised on Ed and Lorraine Warren’s theories. After watching this, we’re inquisitive as to where these locations are. 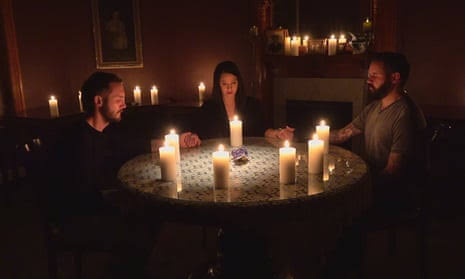 If you had never heard of them before watching the series, don’t worry because we have a slew of details.

Captain Grant’s Inn, Lumber Baron Inn, and Madison Dry Goods are the three houses mentioned in the series. You could be wondering why they are residing for ’28 days’ rather than some other count.

That’s because there’s an explanation for it. This 28-day period is centered on Ed and Lorraine’s revelation that it took 28 days to completely infiltrate the veil between the living and the dead in their cases.

They claim that after 28 days, this roadblock disappears, allowing investigators to wholly interact with whatever is hiding at a location. Now that sounds scary. 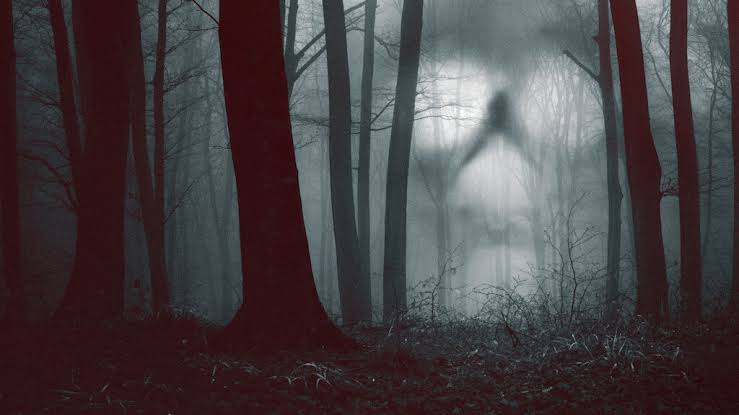 Let’s begin with the locations. This location is well-known as the Historic Haunted Inn. Captain Grant’s is situated between the casinos of Foxwoods and Mohegan Sun.

Mystic is only a short drive away through the magnificent Mystic Coast and Country. The Captain Grant’s Inn was constructed in 1754 in an area known for witch trials in the 1600s and early 1700s.

The namesake of the Connecticut home was a 19th-century owner and ship captain who died on an excursion, leaving behind his pregnant wife, Mercy Adelaide, and their two children. Owner Carol Matsumoto penned in her 2017 book, The Ghosts of Captain Grant’s Inn, “Although Mercy died in the 1800s, she continues to occupy the home, as does one of her children. She says that she is still waiting for the captain to return.”

Along with that, Deborah, who passed away at the age of five in the 1700s and is buried in the cemetery behind Captain Grant’s, is yet another spirit presumed to trouble the inn. There are also rooms available for regular visitors to rent. People can, in fact, take a trip to the location. And the most haunted room in the place, Adelaide’s room, is included in the room rental. A lot of individuals plan to stay there for a night.

Madison Dry Goods Country Store is located in Madison, North Carolina at 104 W Murphy Street. Charlie Lawson murdered his wife and six of his seven children on Christmas Day 1929 in Germanton before killing himself.

The tour featured a cake that Marie had baked on Christmas Day. The case was also covered in a PRX podcast called Criminal. Fifth-generation psychic medium Brandy Miller and demonologist Jereme Leonard stayed at the location in 28 Days Haunted.

Richard Miller said to an outlet, “I had heard about the Charlie Lawson tragedy years ago because I lived in Stokes County. When I came here, I didn’t realize there was actually a funeral home upstairs on the second floor, T.B. Knight Funeral Home.

They were the embalmers and funeral director so they provided a direct link to Charlie Lawson. In fact, when I first got here, a person brought me a picture with the bodies out in front of the elevator and rolled up. I didn’t know the significance, so I wish I had the picture today for my display. Because there was an interest in it because they were embalmed here, people like this one gentleman who’s deceased now would say, ‘You’ve got to have this newspaper.’ There are not many Winston-Salem Journals out there.”

The owner believes there is a ghost, “Yes. A little girl. I’ve never seen her, but four people have seen her. One was a man. I was in here years ago and apparently, she was looking out the window because the man wanted to know if my daughter was in here working with me.

There have been three kids. One kid about three years ago grabbed his dad’s arm and said, ‘I’m not going up there. There’s a little girl standing there.’ I’ve had a couple of kids who won’t go down the hallway.”

This location is also considered to be one of the most haunted in the world. The Lumber Baron Inn and Gardens held paranormal investigators Shane Pittman and Ray Causey, as well as sensitive Amy Parks.

This residence can be found at 2555 West 37th Avenue in Denver, Colorado. The location is accessible to the general public. Weddings do take place on the lawn.

Marianne Weaver and Cara Lee Knoche, two teenagers, were murdered in the 1890 building in 1970, and their murderer was never apprehended. The official website penned, “In 1890, John Mouat built the mansion for his wife Amelia and their five children. Nestled in the historic neighborhood of the Potter Highlands, which was created and settled by the Scottish in 1863, it is now a charming Bed and Breakfast.

It has five rooms, all with private baths and Jacuzzi tubs, and all of the rooms have updated modern showers. Each room has a unique wallpaper design on the ceiling created and installed by Bradbury and Bradbury, world-renowned creators of fine wallpapers.” What are your thoughts on these haunted locations? You are welcome to drop your opinions in the comment section below.