13 Reasons Why: Review of Each Season And Why No Season 5

There are a lot of good things about 13 Reasons Why and a couple of not so-liked things about it. When it first came out, people loved it a lot because of the amazing concept and how it depicted the lives of teenagers. But every series has ups and downs, and 13 Reasons Why is no exception. Some seasons were well-liked and regarded as the best by viewers, while others were not. We conducted research to find out what viewers thought about each season.

Wait, there’s no Season 5, and while most people are aware of this. We’ll also discuss about why there was no Season 5 of 13 Reasons Why. If you haven’t finished the series yet, you will find spoilers in this article. Before starting, let’s understand the basic concept of the series. 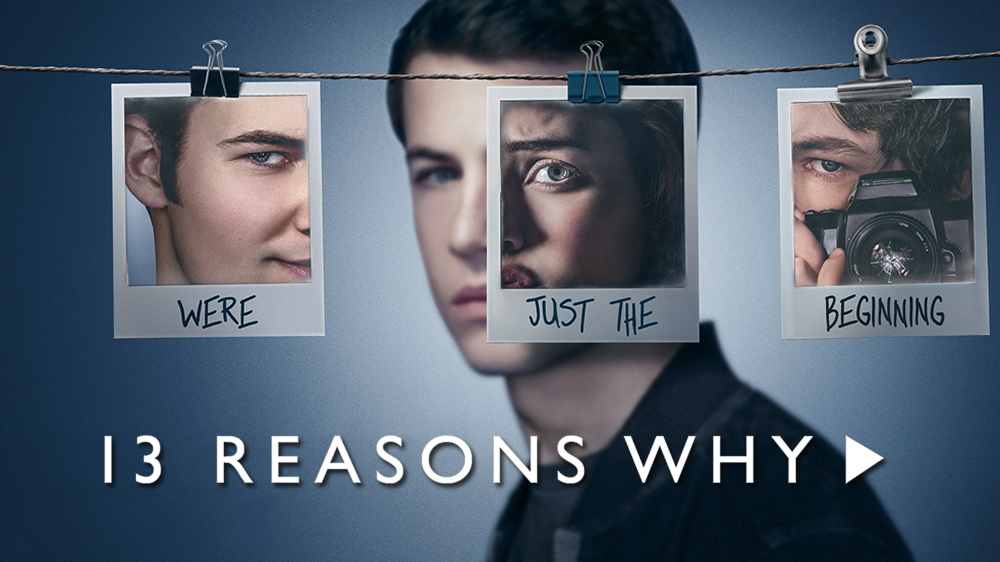 Hannah is a young lady who commits suicide. Clay, a classmate, discovers a mystery box on his doorstep 2 weeks after her terrible death. Hannah, on whom Clay had a crush, made tapes inside the box, in which she reveals the 13 reasons why she decided to commit suicide. If Clay chose to listen to the tapes, he will learn whether or not he made the list and how he did so. Clay and Hannah’s dual perspectives tell this complicated and heartbreaking story. A lot of things were revealed, about a lot of people.

13 Reasons Why Review Of Each Season

Here’s a review of each 13 Reasons Why season. Every season has been graded based on its Rotten Tomatoes Audience Rating. And what could be better than an evaluation of how the audience felt about the show? We’ll also include some of the finest episodes’ IMDB ratings. 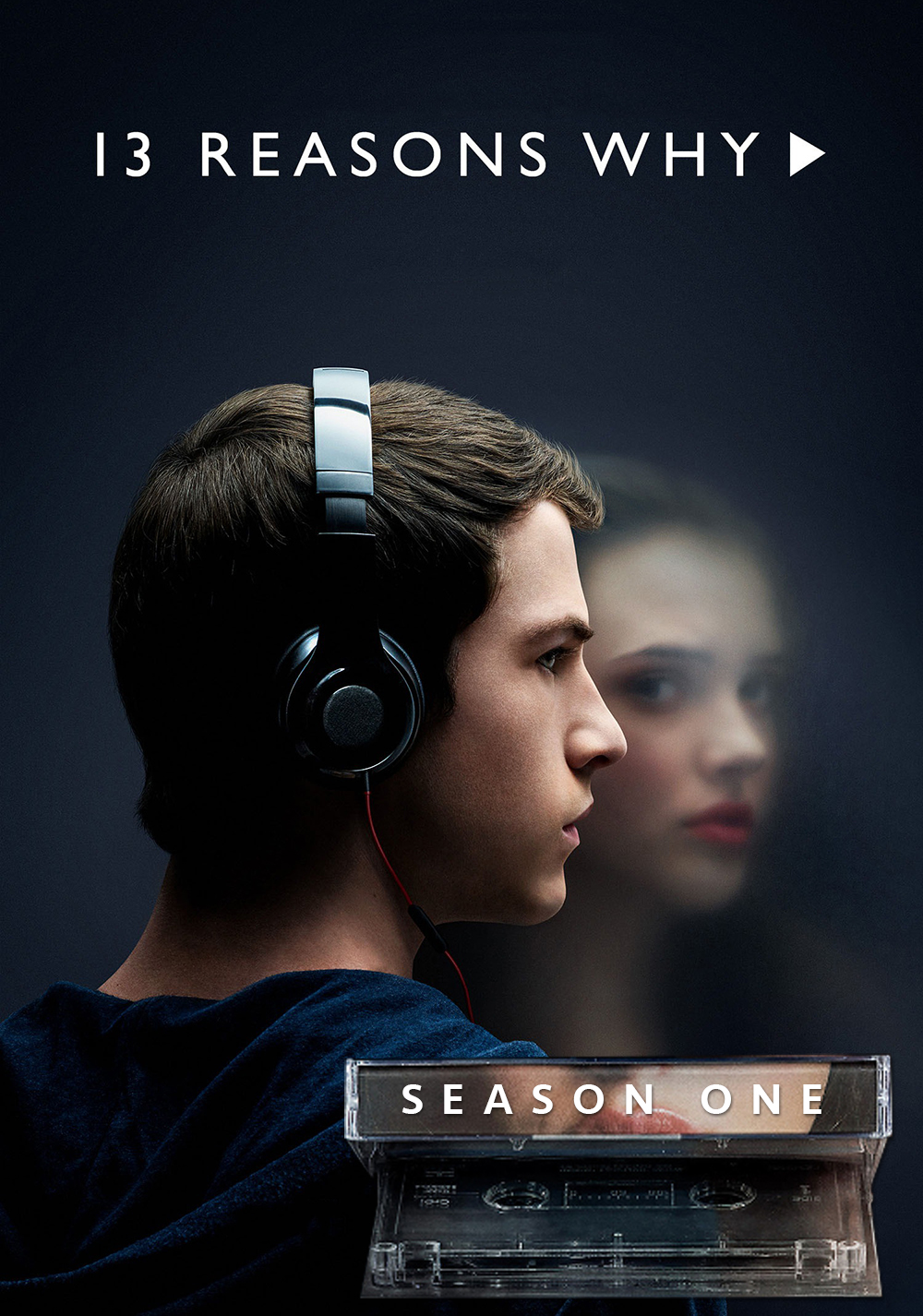 Clay slowly discovers why Hannah Baker committed suicide during the season. And he was even terrified to hear what he contributed at one moment. The cassette contains 13 tapes, signifying that she committed suicide for 13 different reasons. Jessica, Alex, Justin, Tyler, and a few others are among the names on the list. The narrator for this season is Hannah Baker. 13 Reasons Why presents a rich and heartbreaking story of bewilderment and desperation that will greatly affects audiences through Hannah and Clay’s twin story-lines.

Season 2 was interesting, but not as spectacular as Season 1. It showed a different viewpoint of Hannah’s recordings in Season 2. Clay and his classmates discover a horrific truth and a massive cover-up due to a number of foreboding Polaroids. Our characters’ arduous paths toward treatment and recovery begin in the aftermath of Hannah’s tragedy in the second season. 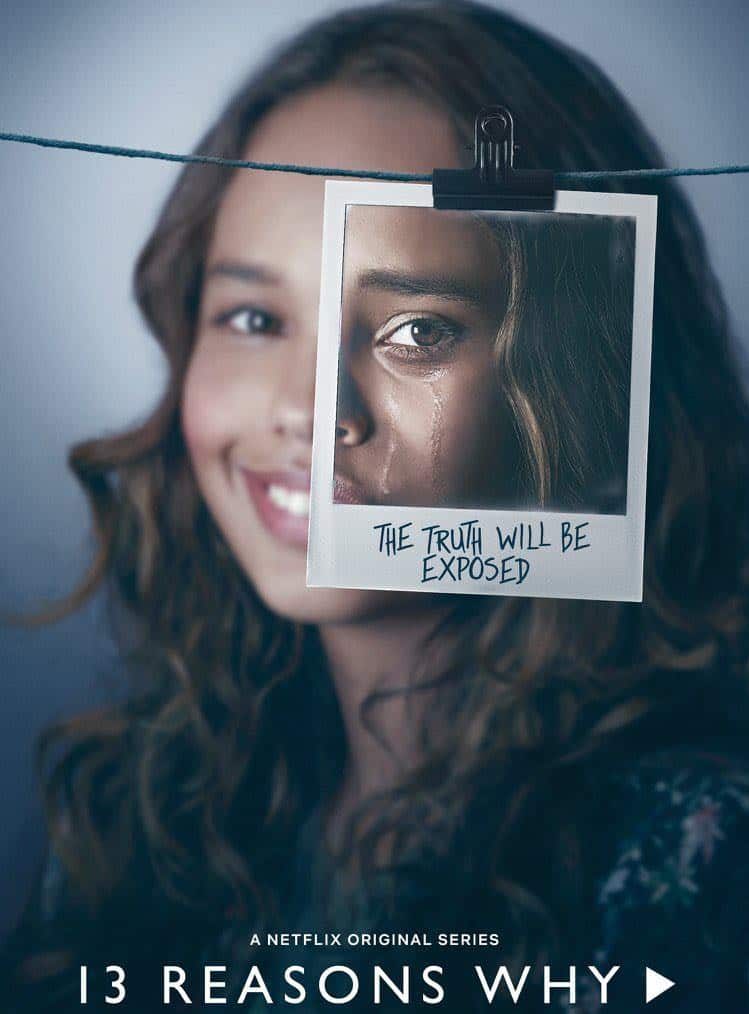 Liberty High is about to go on trial, but someone is willing to go to any length to keep the truth about Hannah’s death concealed. Another terrible event from this season occurred with Tyler. In which Monty was prepared to go to any level to harass Tyler in a bathroom, leaving Tyler sobbing on the floor.

Season 3 was the least popular of the entire series; it was centered on the case of “Who Killed Bryce Walker,” and the entire narrative was changed into a mysterious killing of Bryce Walker, who also did horrendous things with Hannah and his own girlfriend Chloe. Bryce Walker’s personality was also the focus of several contentious decisions in the third season. 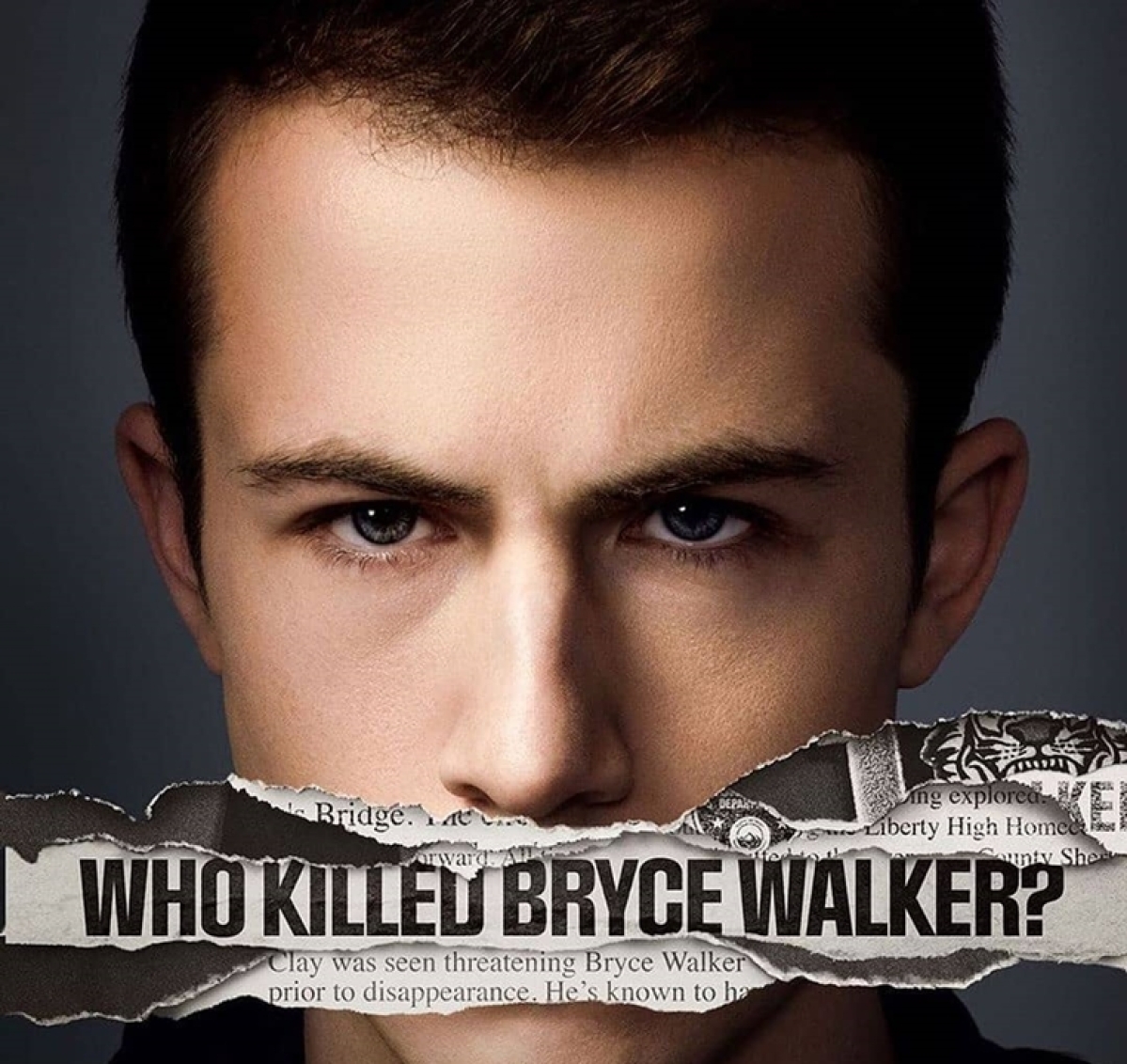 Season 3 also featured Ani, Clay’s love interest and someone with a different perspective on Bryce. The aftermath of a violent Homecoming game culminates in their classmate’s abduction. Clay, Tony, Jessica, Alex, Justin, and Zach discover ways to carry the burden of the cover-up with each other while supporting Tyler progress towards healing eight months after stopping Tyler Down from executing an awful deed at Spring Fling.

Season 4 was also quite good. The Senior Class of Liberty High School prepares for graduation in the series’ final season. But, before they say their goodbyes, they’ll have to conceal a hazardous truth hidden. And also make terrible decisions that will have a lasting influence on their lives. Characters like Winston and Diego appear in the last part. And their entire story revolves around establishing that Monty did not murder Bryce. 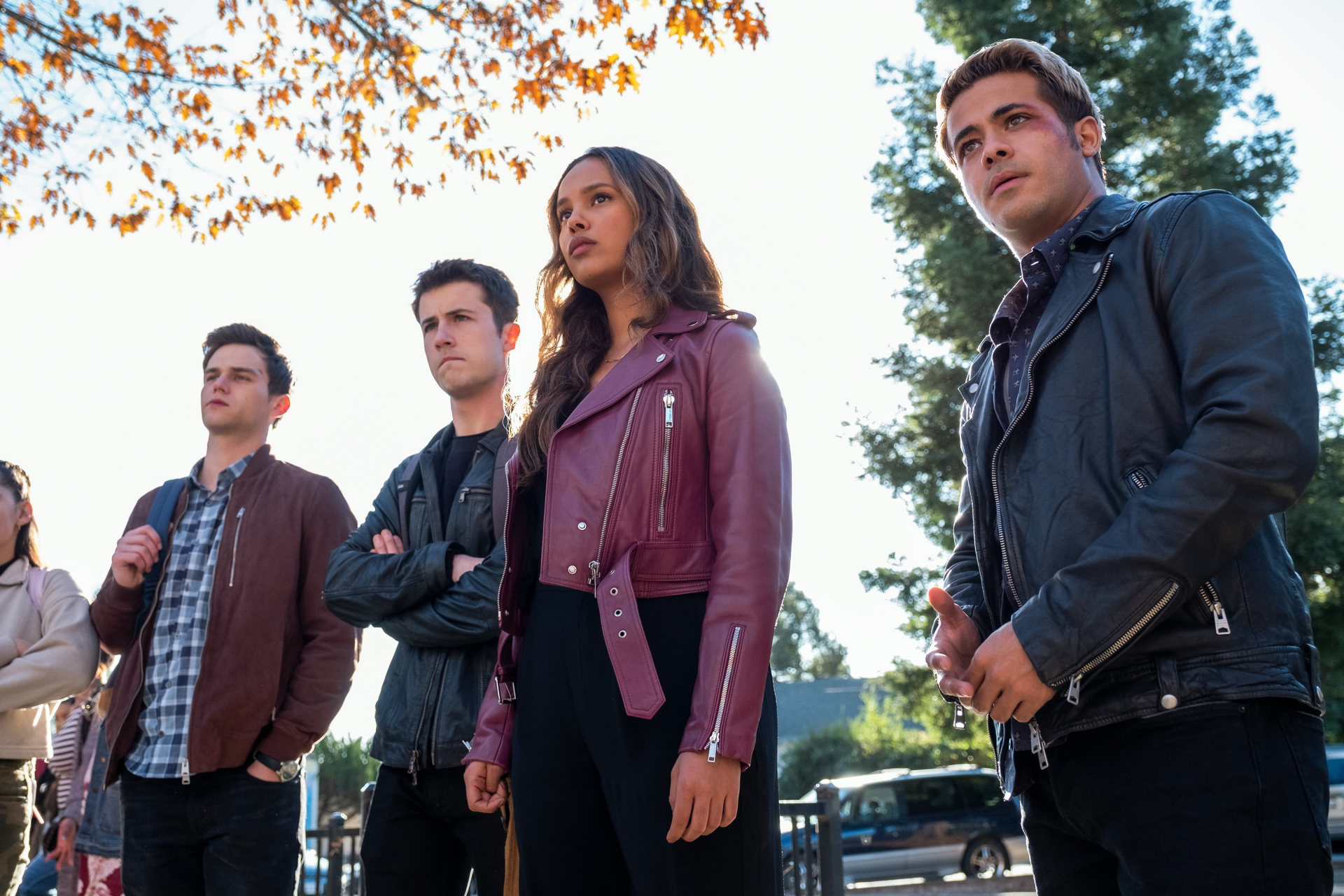 Everyone gets away with the murder of Bryce, which was unintentionally committed by Alex and Jessica. In addition, Season 4 had an unexpectedly tragic climax that we still can’t get over. You’ll find out once you watch the series, and if you’ve already done so, you’re probably aware of how heartbreaking it is.

There are a variety of reasons why the show didn’t get a fifth season. From the beginning, showrunner Brian Yorkey believed the show was intended to be a “four-season story.” He also stated that the high school story should not be extended beyond high school. 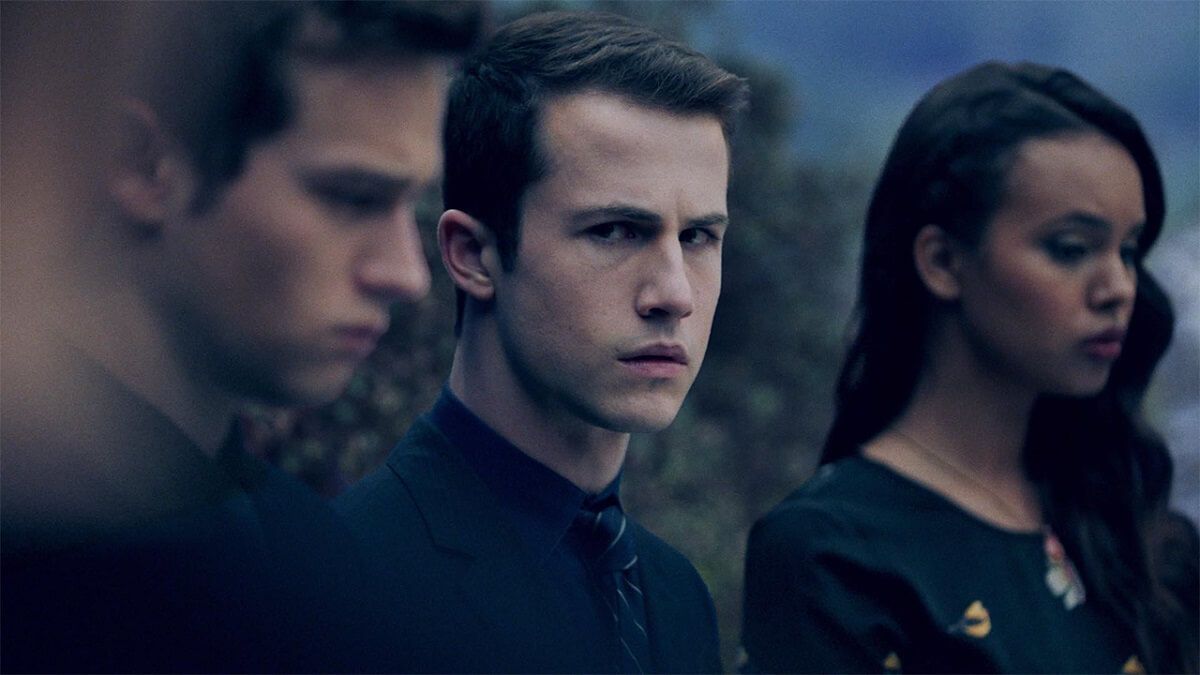 Here’s the statement he made :

“I’m always a little bit suspicious of high school shows that go beyond four seasons because high school is four years long,” he added. “So when somehow high school shows become seven and eight seasons long, don’t get me wrong I watch them all, but I tend to get a little suspicious of something that began as a high school show. And it felt like bringing these characters to their graduation and to scattering to their next things felt like the logical ending point. So for a long time, the idea has been, should we be so lucky to have the opportunity, we would do four seasons of this. So certainly going into breaking story for season 4, we knew it was the end.”

Also, the series’ conclusion was very unusual and unexpected, but it was the right conclusion, and everyone except one moved on with their lives.

Island of Winds take on Icelandic Culture is Spectacular; Watch the Trailer To Know More

How to Watch Monogatari in Correct Order?

Island of Winds take on Icelandic Culture is Spectacular; Watch the Trailer To Know More