Hanukkah Festival also known as Chanukah or Festival of Lights is a Jewish festival that is celebrated eight days to commemorate the recovery of Jerusalem and the subsequent rededication of the Second Temple during the second century B.C. 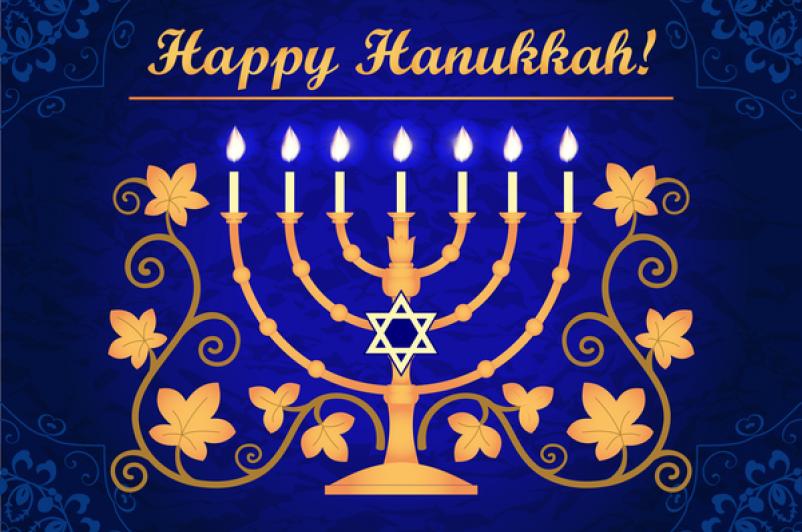 Jews have risen up to fight against Greek-Syrian oppressors of the Seleucid Empire in the Maccabean revolt according to Legend.

We have shared every little detail about the Hanukkah Festival including its history, when, why and how is it celebrated, and more. Keep scrolling!

Hanukkah Festival: When is it celebrated? 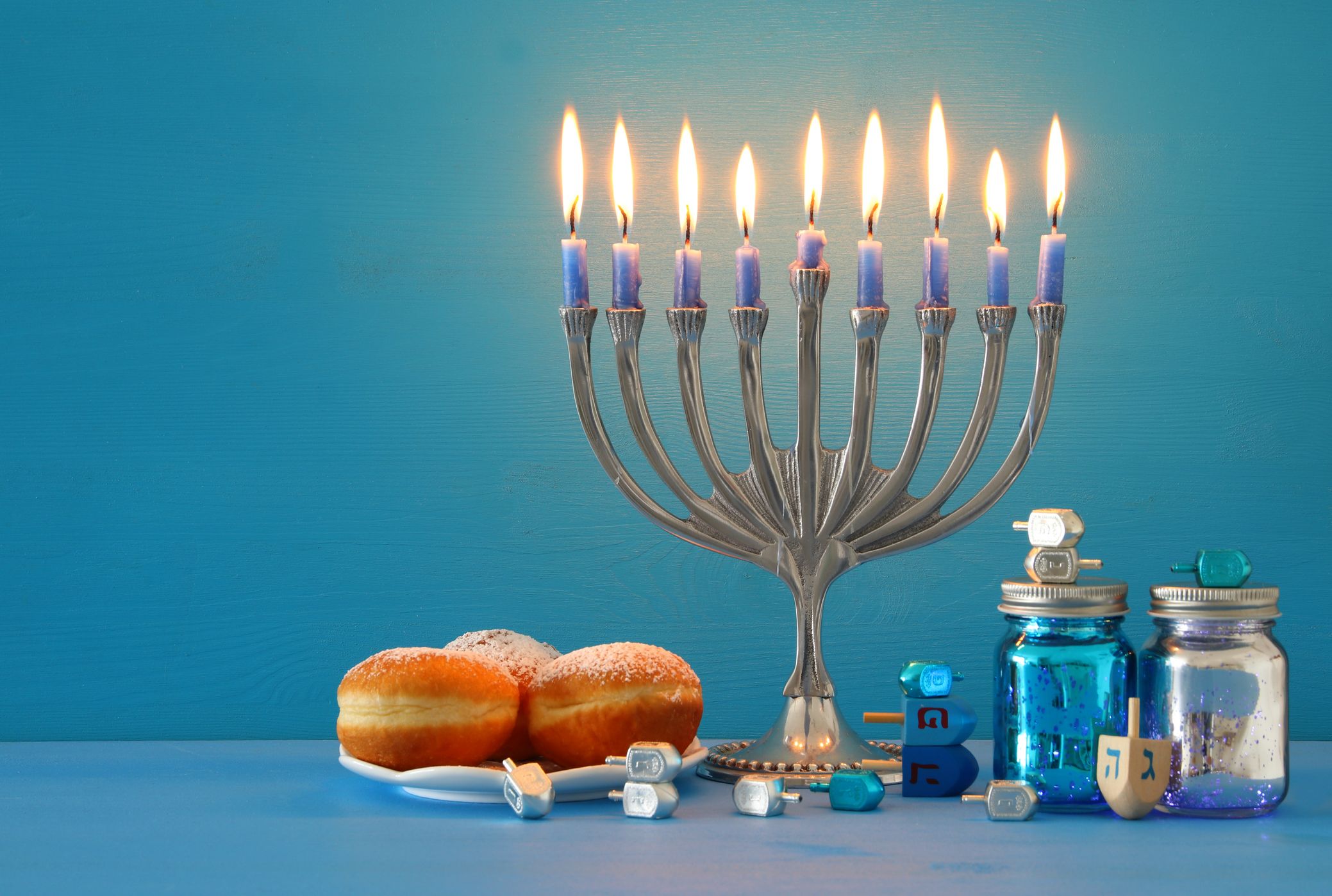 The Hebrew meaning of the word Hanukkah means “dedication”. The eight-day Jewish festival this year will be celebrated starting from 28th November to 6th December.

Every year this festival starts on the 25th of Kislev on the Hebrew calendar that usually occurs either in the month of November or December. The festival is celebrated by lighting the candles of a candelabrum with nine branches followed by traditional foods, games, and gifts.

Even though it is a relatively minor holiday from the perspective of religion, Hanukkah has gained major cultural significance in many parts of the world like North America, especially among secular Jews.

Hanukkah Festival: Here is the history of Hanukkah

Somewhere in 200 B.C., Judea also commonly known as the Land of Israel came under the control of the Seleucid king of Syria, Antiochus III, who permitted the Jews residing there to proceed with their practice of Jewish religion. 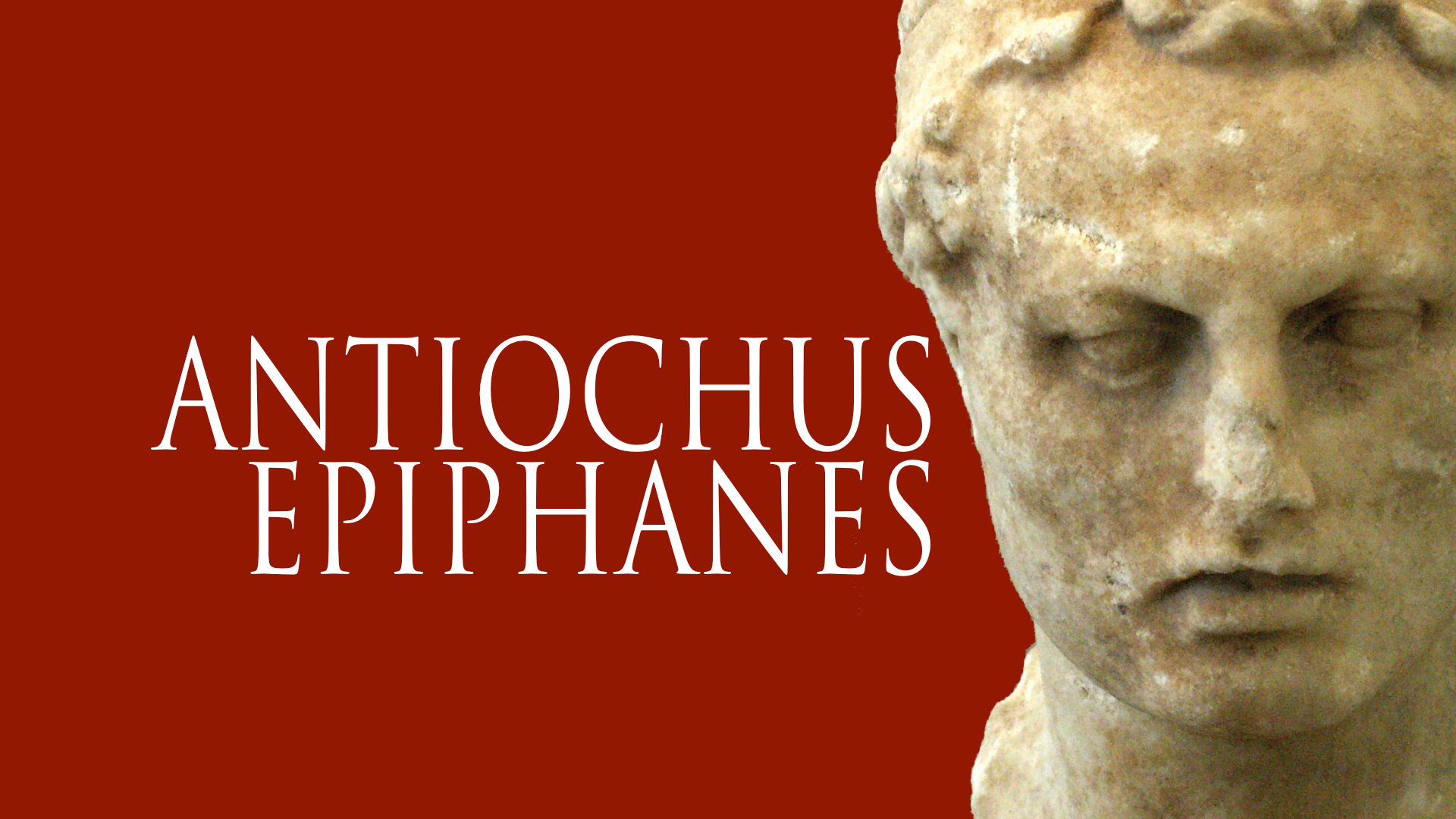 However, Antiochus III’s son, Antiochus IV Epiphanes, was not that benevolent as his father and he outlawed the Jewish religion. He instructed the Jewish people to start worshipping Greek gods according to Ancient sources.

32 years later in 168 B.C., Antiochus IV Epiphanes’s soldiers waged war upon Jerusalem and killed hundreds and thousands of people. He treated the city’s holy Second Temple with disrespect by erecting an altar to Zeus, the Greek god of the sky, and sacrificed pigs within its sacred walls.

You will be surprised to know that the story of Hanukkah is not there in the Torah, the body of wisdom and law contained in Jewish scripture as it was written before the events that inspired the holiday occurred. However, one can find it in the New Testament, in which Jesus attends a “Feast of Dedication.”

The Jewish priest Mattathias and his five sons were at the forefront when a large-scale rebellion broke out opposing Antiochus and the Seleucid empire. Mattathias’s son Judah, also known as Judah Maccabee, took the leadership of the battle when Matthathias died in 166 B.C. They were successful in driving the Syrians out of Jerusalem in just less than two years by relying mainly on guerilla warfare tactics. 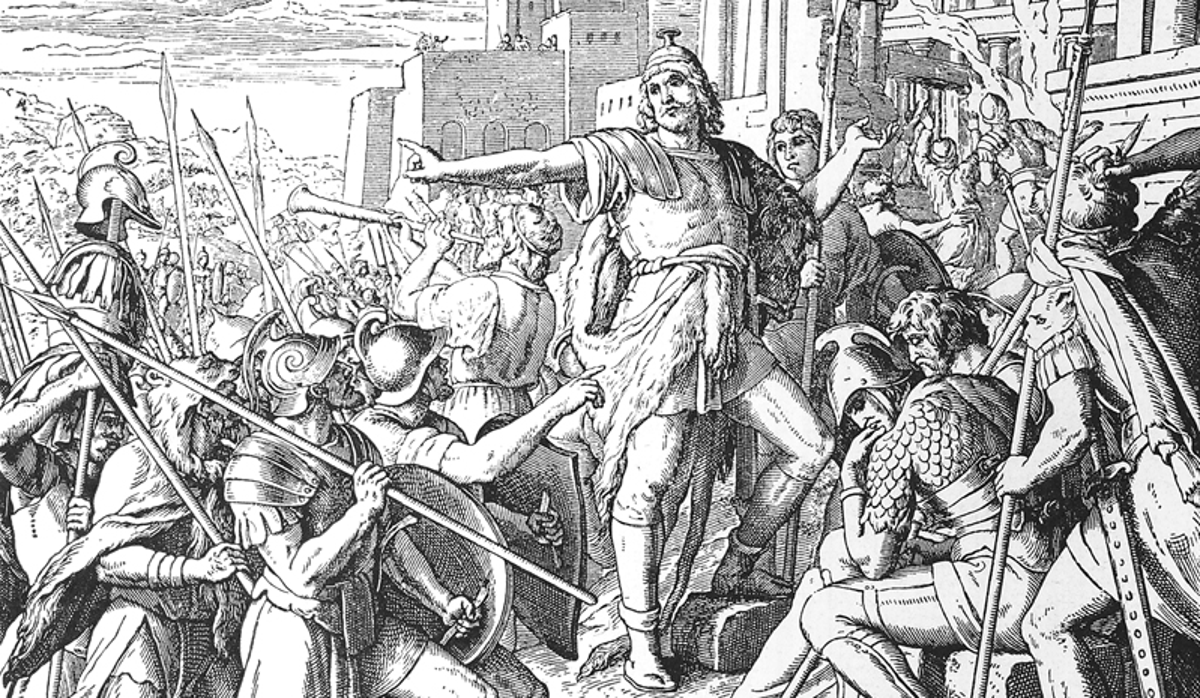 Judah then called on his followers to cleanse the Second Temple. He then rebuilt the temple altar and light its menorah (the gold candelabrum whose seven branches represented knowledge and creation) that were meant to be kept burning every night.

Hanukkah Festival: Miracle behind why is it celebrated?

Judah Maccabee and several other Jews who participated in the rededication of the Second Temple have witnessed what they call it a miracle according to the Talmud, one of Judaism’s most central texts.

What they have witnessed was nothing less than a miracle as there was untainted olive oil that was sufficient to keep the menorah’s candles burning for just a day, however, the flames of the candle continued flickering for eight nights consecutively so that they have enough time to get more oil to keep it burning.

This miraculous event has inspired the Jewish sages to officially announce an eight-day festival every year. There is a different version of the story in the First Book of the Maccabees that describes an eight-day celebration that followed the rededication however there is no reference in the book about the miracle of the oil.

Other facts related to the Hanukkah Festival Celebration 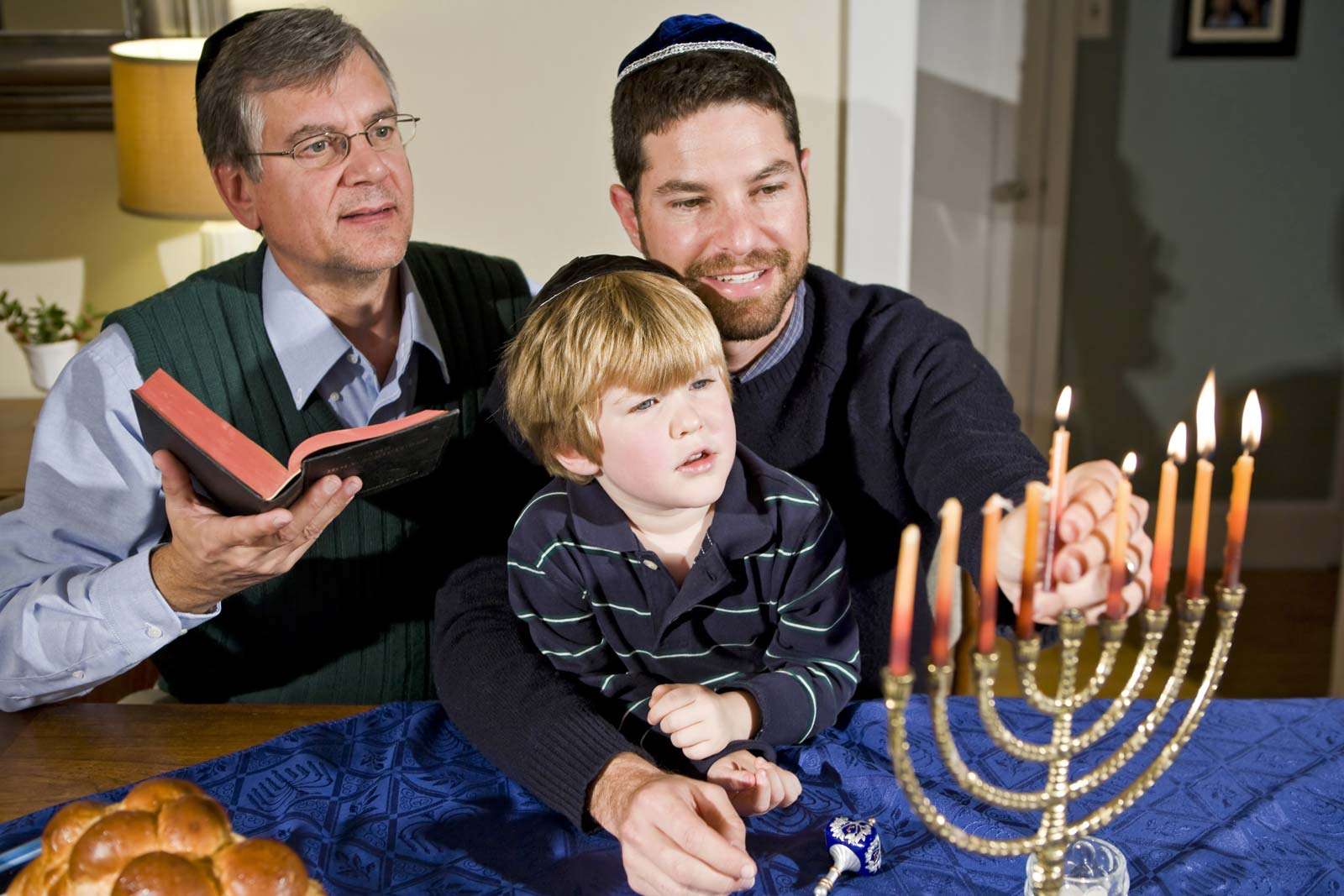 According to a few modern historians, they offer a completely different explanation of the Hanukkah tale. According to them under the rule of Antiochus IV Jerusalem had erupted into a major civil war that divided Jews into two camps.

One camp has understood completely the Syrian’s dominant culture thereby adopting Greek and Syrian customs while the other camp was determined to ensure Jewish laws and traditions are followed, even if by force.

In the end, the traditionalists have won with the Hasmonean dynasty that was led by Judah Maccabee’s brother. The Hasmonean dynasty and its descendants had complete control of the land of Israel from the Seleucids. For almost 100 years they were successful in maintaining an independent Jewish kingdom.

As per some Jewish scholar’s suggestion, there is the possibility that the first Hanukkah may have been a belated celebration of Sukkot, which the Jews could not celebrate during the Maccabean Revolt. Sukkot is one of the Jewish religion’s most important holidays that consists of seven days of feasting, prayer, and festivities.

Hanukkah Festival: How is it celebrated? 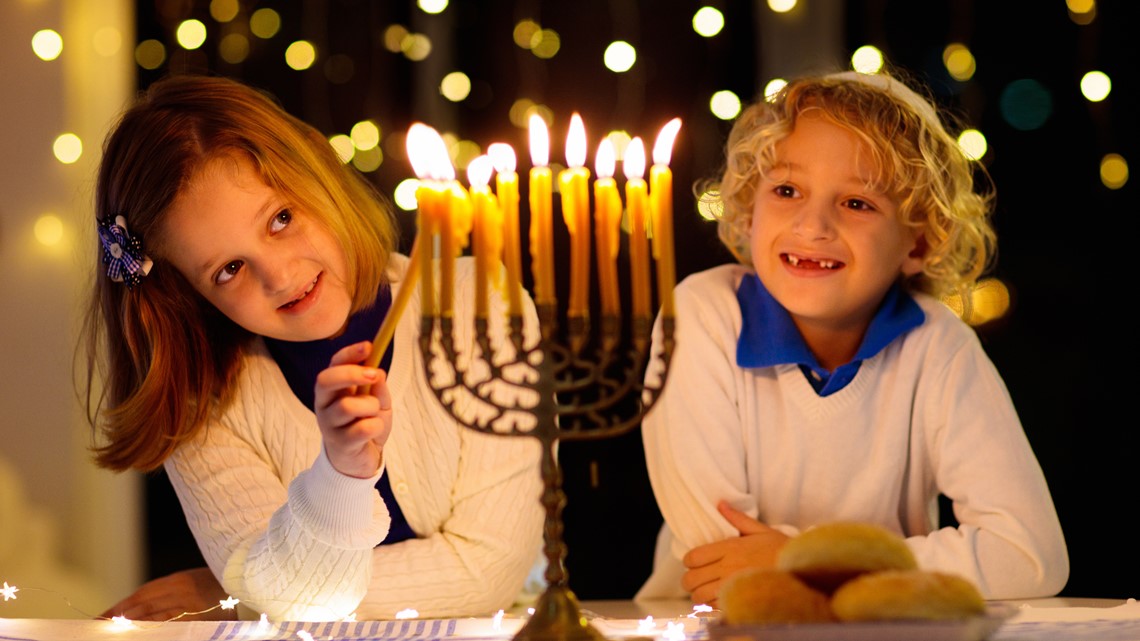 The Hanukkah festival celebration is surrounded around the kindling of a nine-branched menorah, referred to as the hanukiah in Hebrew. After sunset, another candle is added to the menorah on each of the holiday’s eight nights.

The ninth candle, called the shamash (“helper”), is used to light other candles. Jews recite blessings during this ritual and ensure that the menorah is prominently displayed in a window to remind others of the miracle that inspired the holiday.

In an indirect reference to the Hanukkah miracle, traditional Hanukkah foods are fried in oil. During the holiday, the majority of Jewish households prepare potato pancakes also known as latkes along with jam-filled donuts (sufganiyot). 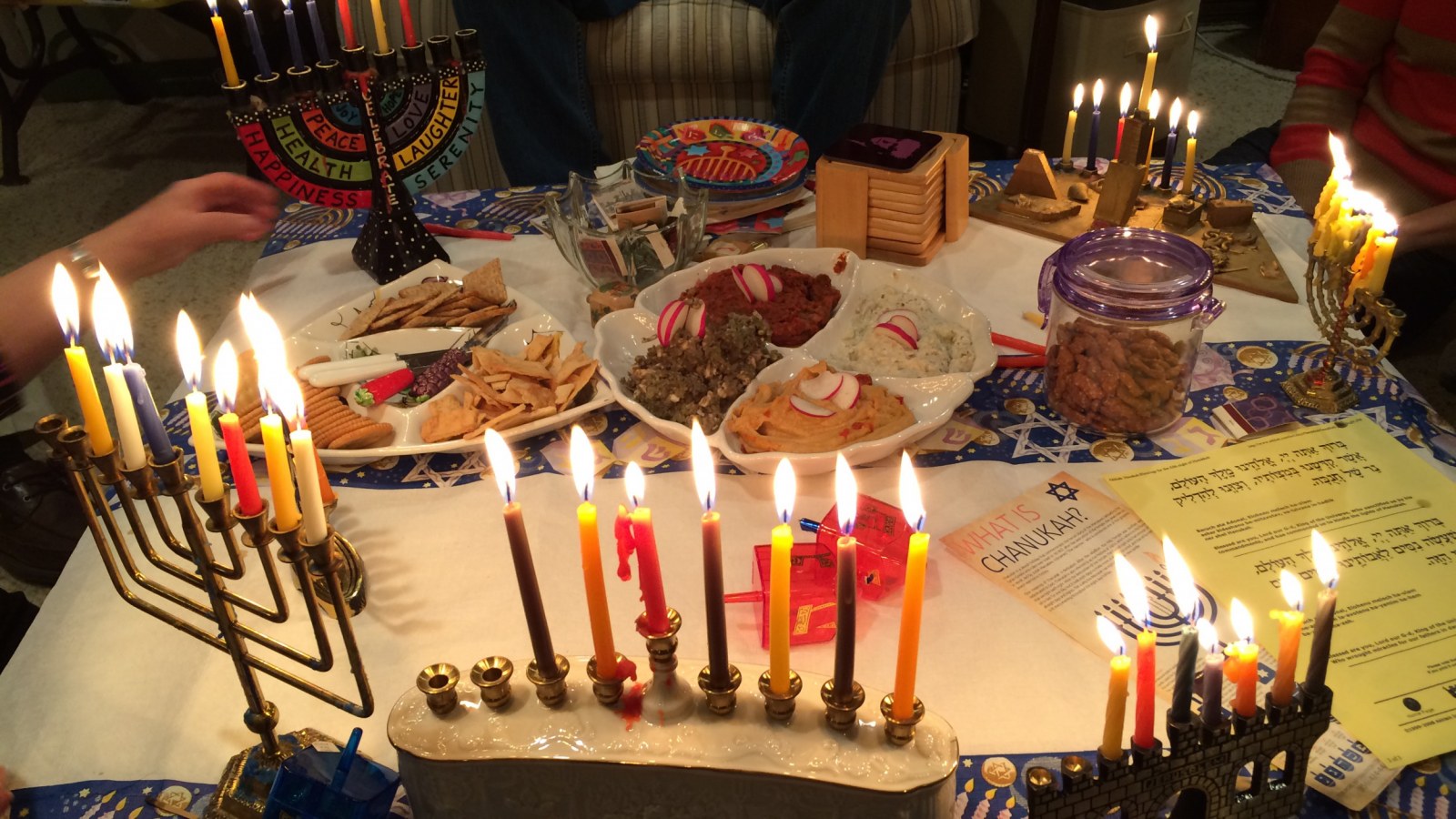 There are other customs that are followed on the eve of Hanukkah that includes playing with four-sided spinning tops called dreidels and exchanging gifts. In the last few decades, this festival has become a major commercial phenomenon, especially in North America as it coincides with the Christmas holidays.

However, from a religious perspective, it is still relatively a minor holiday wherein there are no restrictions on working, attending school, or other activities.

So, how are you going to celebrate the Hanukkah Festival this year? Do share your plans with us!