Interesting Facts and History of The Pantheon

Rome is one of the most beautiful cities worldwide, known for its glorious history and architecture. The Colosseum alone is not the only iconic remnant of the ancient Roman Empire. The Roman Pantheon, too, is one of its best architectural wonders. This structure boasts an impressive design, harmonious proportions, as well as striking elegance, and as a connoisseur of art and history, you will surely enjoy visiting the Pantheon. 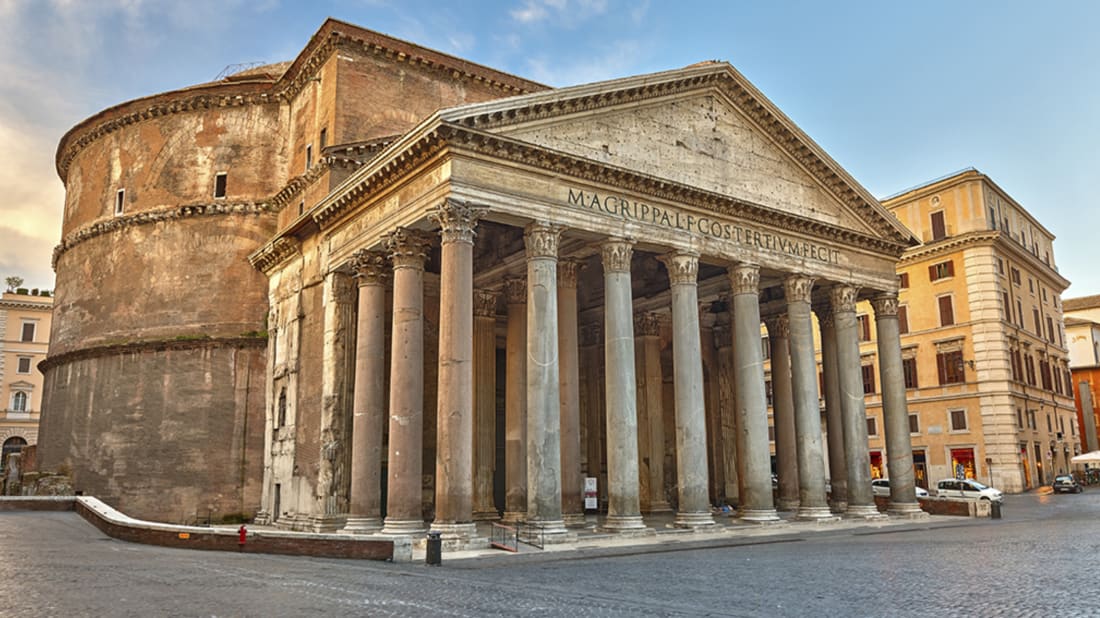 What’s So Special About the Pantheon?

The Pantheon has stood for more than 2000 years, yet much of this Roman temple remains unknown. It is a majestic yet mysterious monument and the tourists are free to visit it. For the locals, it happens to be a significant spot. Here is everything to know about the Pantheon, its history, and some astounding facts.

What is the Pantheon?

The Pantheon was originally constructed as a temple dedicated to the pagan Gods of Rome. Since its construction, it has been a place of worship among the people. The Greek word, Pantheon, refers to ‘Honor all Gods’. Thus, the building had significance during the Roman reign.

The structure was declared sacred in the 7th century CE. Today, it also happens to be the most ancient church of the capital known as Santa Maria Rotunda or Sancta Maria Rotunda. It remains a working church where you are free to attend the mass. Many weddings also take place in this church. 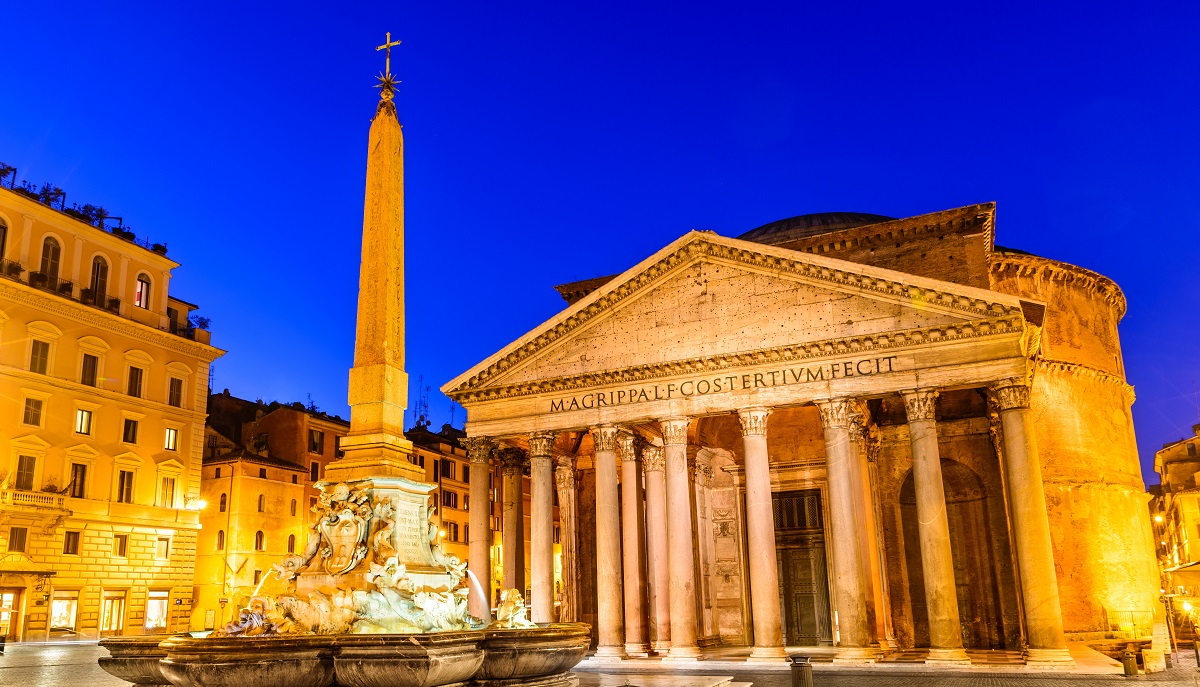 The building has a beautiful and striking design. It has been copied numerous times over the centuries. The primary cylindrical building of this structural marvel comprises a large dome. The structure was studied by Michelangelo when he also designed the famous dome at St. Peter’s. You will not stop yourself from admiring the entrance of this portico supported by sixteen Corinthian columns.

What’s Inside the Building?

Inside the Pantheon is an elegant round room mainly dominated by the dome. According to the legends, it represents the heavens up above. Interestingly, the Pantheons do not have windows. The light here enters from the oculus made open to elements.

Who Built the Pantheon?

Many stories and myths surround the construction of this building. In general, the inscriptions on the monuments help archaeologists find everything about their patronage. Unfortunately, it is not the case with the Pantheon.

The inscriptions on this monument are highly deceptive. For many decades, the raised bronze letters engraved on the building highlighted that Marcus Agrippa initiated the construction of the Pantheon. But in 1982, another discovery revealed that Emperor Hadrian called for its construction. The emperor ruled from 117-138 CE, and Marcus Agrippa was believed to live during the first century BCE. It means that there is a 100-year difference between the two events. 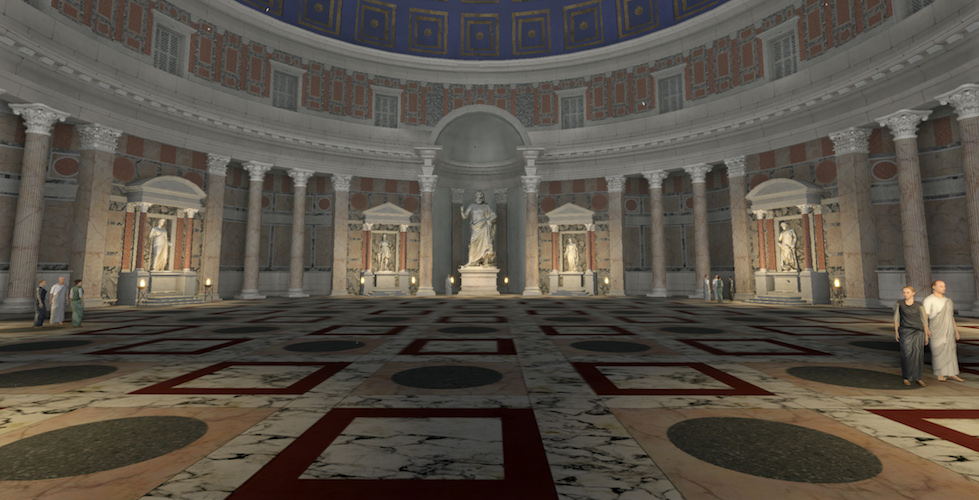 The Survival of the Building

The Pantheon embraces elegant Roman construction techniques. But besides them, many social factors have also led to the preservation of this structure over the centuries.

According to history, in 609 CE, Emperor Flavius Phocas Augustus gave the building to the Holy Roman Church. Pope Boniface IV declared it as their place of worship. Because of its use as a Catholic church, the Pantheon remains in a good condition. Even today, the cultural importance of this building among the Catholics remains the same. Sadly, some parts of metal elements, bronze, and pagan statues were removed from the building.

The Pantheon has witnessed essential repairs over the centuries. These repairs have also altered its original structure. Despite this, it remains a living artifact signifying the majesty of ancient Rome.

After almost 2000 years of its construction, the Pantheon remains a highlight of the Italian capital. Here are some interesting facts about the building. 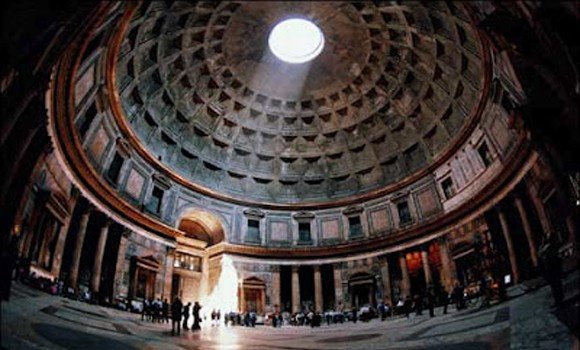 Stay connected for more on history, art, and culture.