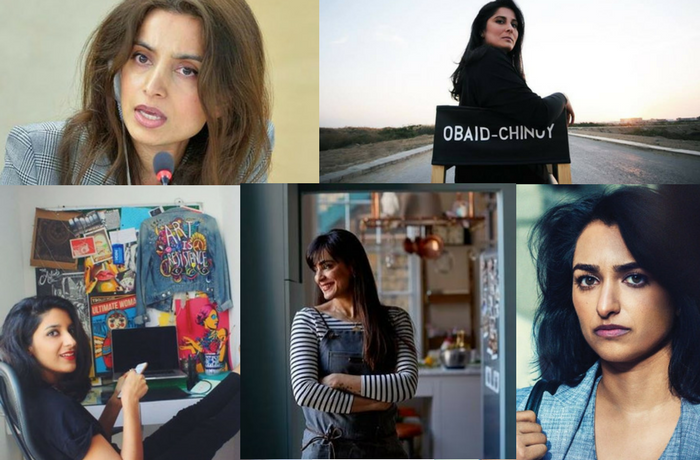 Ask most people to name a Pakistani woman they’re familiar with, and odds are they’ll say Malala - a Pakistani activist for female education and the youngest person to ever receive the Nobel Peace Prize. If asked to name another prominent woman of Pakistani background, there’s a good chance you’ll be met with a blank stare or an indifferent shrug. Malala is all that represents Pakistani women on the global stage.

Being a Pakistani Canadian, I often feel frustrated at the lack of awareness about Pakistani women around the world who are making contributions to our collective human cultures, in fields as vast as science and medicine, graphic design and illustration, international and criminal law, and the culinary arts just to name a few. If you google “Pakistani women”, you get search results such as ‘Treatment of women in Pakistan’, ‘Stories of Abuse, Shame, and Survival’, and ‘Pakistan ranked fourth among worst countries for women.’ It’s all very depressing and paints a very bleak picture of what life as a Pakistani woman entails.

While it’s true that Pakistani women face numerous uphill challenges in the fight for equality and freedom, our existence is not defined just by our struggles and hardships. Despite the obstacles, Pakistani women are carving a space for themselves in societies around the world, and this International Women’s Day I want to bring attention to five badass women of Pakistani heritage who are just killing it in their respective fields of expertise.

The first and only Pakistani filmmaker in history to win an Oscar, Sharmeen Obaid-Chinoy is a two-time Academy Award winner and six-time Emmy Award recipient. Born and raised in Karachi, Pakistan and educated at Stanford University, Sharmeen became the first non-American to win the Livingston Award for Young Journalists in 2005 for her documentary Reinventing the Taliban. She was listed one of the world’s 100 most influential people of 2012 by TIME Magazine.

Sharmeen teamed up with Gucci’s CHIME FOR CHANGE initiative in 2013 to raise funds and awareness worldwide for women’s health, education, and justice. Co-founded by Beyoncé and Salma Hayek, Sharmeen used the platform to bring attention to child marriages, honor killings and acid attacks on women in Pakistan and advocate for gender equality.

In 2015, Sharmeen became the first Pakistani to make a computer-animated feature-length film with the release of 3 Bahadur, which was screened at the Montreal Film Festival in Canada. Obaid became the first artist ever to co-chair the World Economic Forum’s annual meeting in 2017. Spearheading Karachi-based film house SOC Films, Obaid served as executive producer for the upcoming Netflix original documentary Ladies First which will be available for streaming on March 8th, 2018.

Zainab Ahmed, prosecutor with the United States Department of Justice

Born in New York City to immigrant parents from Pakistan, Zainab Ahmed is one of America’s top counterterrorism prosecutors, working with the US Department of Justice since 2008. Graduating from Columbia Law School, which she attended on a full scholarship, Zainab has prosecuted over a dozen people charged with terrorism, and she has never lost a case.

Working with law enforcement and intelligence agencies all over the world, Ahmed’s career has seen her track down and prosecute some of the world’s most hardened terrorist killers, especially Al Qaeda members. In 2015 she was behind the capture and prosecution of Abid Naseer, a Pakistani Al Qaeda recruit who was planning the bombing of a shopping center in Manchester, in one of the highest profile terrorism cases in the United States.

After a short leave from the US Attorney’s Office for the Eastern District of New York, Ahmed returned to the department in 2017, and was then selected by Special Counsel Robert Mueller for the DOJ team put together to investigate Russian interference in the 2016 American presidential election.

Sumayya Usmani is a Pakistani-Scottish food blogger who has elevated Pakistani cuisine to new heights and recognition. Having published not one but two cookbooks, you’ll be hard pressed to find many other books about Pakistani food on bookshelves in the Western world. That’s not a small feat, considering Pakistani food is often overlooked in favor of Indian cuisine, or worse, lumped in together with it.

Part cookbook and part memoir, Sumayya’s first book Summers Under “The Tamarind Tree” won the ‘Best First Book’ - Gourmand World Cookbook Award in 2016. It’s a beautiful homage to Pakistani culture and history, full of captivating photography, mouthwatering recipes, and a look into the life of a Pakistani family’s love and passion for cooking that spans three generations. She released her second cookbook “Mountain Berries and Desert Spice: Sweet Inspiration” last year and it equally exquisite.

As BBC’s ‘go-to’ expert for Pakistani cuisine, a member of the Guild of Food Writers, and a cooking teacher hosting cooking classes at prestigious schools throughout the UK, Sumayya Usmani has brought legitimacy to Pakistani cuisine and allowed it to stand apart from other cuisines in the region. Her Instagram account is also one to follow, showcasing fusion foods incorporating ingredients from her homeland of Pakistan, as well as her adopted home of Scotland.

Norwegian documentary filmmaker Deeyah Khan, of Afghan and Pakistani descent, won the Emmy and Peabody awards for her first film in 2013 and received a BAFTA nomination for her 2015 documentary JIHAD: a story of the others. In 2010 she launched her production company Fuuse, and also runs the digital magazine sister-hood which spotlights the voices of women of Muslim heritage.

Her films shine a light on controversial issues facing Muslim communities around the world, such as honour killings - the focus of her first film Banaz: A Love Story - and why young Muslims in the West are drawn to radicalism and extremist violence. Her work has garnered not only praise and honours from international human rights organizations, but also made her the first UNESCO Goodwill Ambassador for artistic freedom and creativity in 2016.

Drawing from her own experiences of growing up in Norway to immigrant parents, Deeyah Khan delivered a powerful and moving TED talk in 2016 about the challenges faced by Muslim youth in Europe around the issues of terrorism and religious extremism. She has been on the receiving end of death threats and racial abuse for her outspoken stances, most recently for her 2017 documentary White Right: Meeting The Enemy on the rise of nationalism and neo-Nazi groups in the wake of Donald Trump’s presidency.

Pakistani artist Shehzil Malik may be the youngest woman on this list, but her impressive accomplishments in working to raise social awareness around women’s rights in Pakistan have earned her an international following. Using bold colors and vibrant imagery, Shehzil’s art is opening a channel within Pakistani society to address the struggles of a deeply patriarchal culture that restricts women’s freedom and independence. Her work deals with issues of oppressive beauty standards, the pressure on women to marry, sexual harassment and violence, and questions of identity.

A Fulbright scholar with a Masters of Fine Art in Visual Communication Design from the Rochester Institute of Technology, Shehzil is an acknowledged art director and former university lecturer living in Lahore, Pakistan. In 2017, Shehzil collaborated with Berlin-based fair trade label Ethletic to create a line of limited edition sneakers manufactured sustainably using ethical practices in Sialkot, Pakistan. She has also been a member of MIT’s International Development Innovation Network (IDIN) since 2016.

Recently, Malik launched Pakistan’s first clothing line to be explicitly marketed as “feminist”. The collection, produced in collaboration with Pakistani fashion brand Generation, features Malik’s illustrations along with quotes from Chimamanda Ngozi Adichie’s book “We Should All Be Feminists.” To see more of Shehzil’s visually stunning work, check out her Tumblr and Instagram accounts. 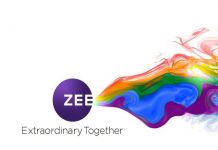 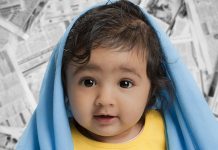 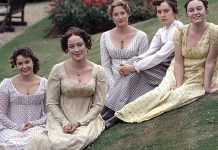 Why South Asian Authors Continue to be Inspired by Jane Austen