Did you have wonder, as you sop up your butter chicken with naan, what the origins of this recipe and dish is?

Unlike our unpacking of masala chai’s origin story (read Is Masala Chai Even Indian?), butter chicken is undoubtedly an Indian invention. This iconic dish has its roots in Moti Mahal in Daryaganj, Delhi.

Butter chicken or murgh makhni always tops the list of most loved dishes across the restaurants of the country, yet very few know the fascinating story behind the invention of this dish during the 1950’s. The origin of butter chicken is closely related to tandoori chicken – another delicious dish. Before the partition of India, there was a small eatery at the back of Gora Bazaar in Peshawar (now in Pakistan) run by Mokha Singh Lamba. Kundan Lal Gujral, the young chef at this restaurant, use to make kebabs, chicken, and bread in a tandoor. As the means of refrigeration were not available at that time, he came up with a sauce made with butter to preserve the leftover chicken so that it can be used the next day. And this is how our beloved tandoori chicken is said to be invented.

Later, Kundal Lal Gujral was made to flee Pakistan at the time of partition of India in 1947. He settled in Delhi and along with his partners started a new restaurant in Daryaganj and named it Moti Mahal. At first, they would simply make tea and toast bread to collect money. Later, they started selling tandoori dishes, and the restaurant was a huge success in no time. However, Kundan Lal Gujral faced refrigeration issues in Delhi also and as the saying goes “necessity is the mother of invention”; he came with an innovative idea to preserve the leftover tandoori tikkas. He concluded that tomato gravy rich in butter and cream would soften the chicken and this combination of this gravy and chicken was what gave birth to butter chicken.

During the later part of 1950’s, Moti Mahal, chock full of delicious tandoori dishes, became extremely popular with world political leaders, freedom fighters, and celebrities of India. Over the duration of time, other Indian restaurants came up with their own versions of this classic dish and lead to the invention of chicken lababdar, chicken tikka masala, and murgh makhanwallah. Kundan Lal Gujral received many awards - IATO (Indian Association of Tour Operators) Lifetime Achievement Award in 1991, World Tourism Promotion Award and Trans Himalayan Selection Award.

The brilliant taste of butter chicken lied in the skillful combination of dairy fat with tomatoes. It is worth noticing that the method of preparation of butter chicken today differs from one chain of Moti Mahal to another because, after the demise of Kundan Lal Gujral, the original Moti Mahal passed out of the family’s control. Monish Gujral, the grandson of Kundan, reclaimed his ancestral legacy and now is successfully operating over a hundred Moti Mahals all around the world.

Read 8 Recipes Using Butter Chicken as an Sub-Ingredient in American Comfort Foods to find inspiration on how to fuse this classic Indian with non-Indian recipes.

Curious about the origins of chicken tikka masala? Click here to read. 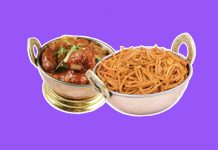 Love Rupi Kaur? Here are 3 Other Poets you Need to Check Out