Navratri and sex are two words you wouldn’t normally associate with one another. Or would you? Celebrated mostly by Hindus for a period of nine days, with the tenth being Dashera, Navratri is a joyous festival especially in the state of Gujarat. It’s a well-known understanding that during this time, the youth engages more in sexual activity.

This year, ironically, the state with a population of 62.7 million people has found it problematic that a billboard condom ad by Manforce featuring Sunny Leone is Navratri-themed. In it, she’s dressed in Indian clothes and the ad reads “this Navratri, play with love.” Advertising safe sex to educate people about the importance of using condoms is vital. Instead, it’s been met with condemnation and protests.

Confederation of All India Traders has written an official letter to the Prime Minister. Hindu Janajagruti Samiti has filed a complaint against Mankind Pharma, the company producing these ads. The police have taken down all the billboards. Leone has faced criticism for being the face of these ads.

Condom sales increase greatly during the days of the festival, from anywhere between 25 to 50 percent. It’s only natural for anyone to assume this means more people are having sex during this time. Maybe, the fired-up youth, having played Garba and Dandiya all night, want to continue the celebrations. If it’s happening anyway, why not do it right?

Let’s face facts here for a second: no one is claiming that every couple is using the festival as an excuse to bring out the raunchy in them. Neither does having sex or talking about sex take away from the actual significance of Navratri itself. The festival is and always be a spiritual one for everyone who celebrates it. How can advertising precaution interfere with any of that?

All the outrage would be understandable if the ad was opposing the Navratri or those who celebrate it, or was being hateful in any way. It’s really not doing any of that.

The Manforce ad is a great excuse for people to get triggered over something they don’t agree with. However, several people have shown their support for the ad, pointing out the hypocrisy of the haters.

If Sunny Leone’s Manforce (condom) hoarding ad could minimise the teen-age pregnancies,why can’t the advertisement be allowed 2 B displayed? pic.twitter.com/OdXRrPKOuV

Sunny Leone’s Manforce hoardings are problematic because of Navratri? And all the Deo advts on TV on every tv screen in same state? 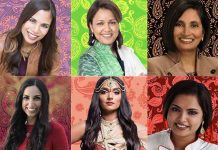 21 Incredible Desi Women in the Diaspora who are Making Herstory 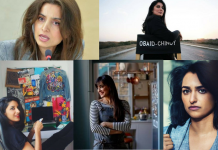 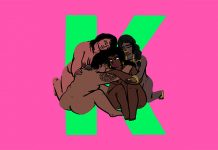 Get Holi-fied with Pharrell and Adidas’ New Hu Holi Collection

Find Your Rae this Holi