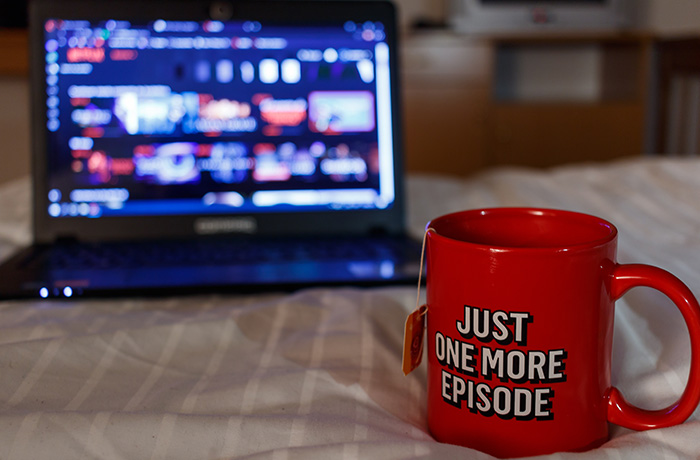 Doctors in India say they are beginning to see patients seeking treatment for what they are calling ‘Netflix addiction.’

CNN reports that a 26-year-old man from Bangalore recently checked himself into an addiction center after stating that he felt what the network called an “obsessive need” to watch Netflix. He reported experiencing a shortened attention span, self-isolation and a reluctance to socialize. The patient also said he felt the urge to watch Netflix for about seven or eight hours a day.

One physician told CNN that so-called “Netflix addiction” resembled dependencies to online gaming and social media. “It is enforcing the person’s presence in the virtual world, whether it would be gaming or social media,” Dr. Manoj Sharma told the social network. Sharma is a professor at the Services for Healthy Use of Technology, where the Bangalore man was treated. Sharma explained that part of the appeal of constantly using Netflix or a social media site is that it allows users to completely shut out the rest of the world for a while.

“Addiction to internet is a big thing. It is a reality. It happens a lot with young people, and we see it often,” Dr. Amit Sen, a child psychiatrist in Delhi told CNN. The rush affected users experience can resemble the same kick cocaine creates. The ubiquity of cell phones throughout the subcontinent also ensures that being online is always an option for those who can’t tear themselves away.

The increase in cases of internet addiction come at a time when both Amazon and Netflix are expanding their presence in India. Netflix has been available to Indian users since 2016 and over the last year the site has made a concerted effort to release content that caters to the Indian market. Dramatic series like “Ghoul” and “Sacred Games” along with films like “Lust Stories” were specifically created with the Indian audience in mind. That investment has paid off, with the new shows receiving both buzz and generally positive reviews.

If reading all of the above has made readers wonder if they were inching closer to Netflix addiction themselves, Sharma provided some suggestions. Meditation can help, as can going on walks outside and making sure you hit the gym regularly.

Of course, anyone who feels like they need more formalized treatment should consult a physician.