“Sleepy Hollow” actress Janina Gavankar is joining the big leagues. The Indian-American actress will star in Gavin O’Connor-directed “Torrance.” She will star opposite Ben Affleck in this gritty, emotional drama.

In “Torrance,” Affleck plays a former basketball star who lost his career to drug addiction and is facing an emotional crisis after the loss of his wife. To attempt to piece his life together again, he becomes the high school basketball coach of his alma mater and teaches the disparate, multi-ethnic students. Gavankar will play Affleck’s character’s ex-wife, according to a Deadline report.

“Torrance” also stars Al Madrigal and Sal Velez Jr. Affleck and O’Connor are amongst the producers, as is Ravi Mehta, whose production credits include “American Sniper” and “The Accountant.”

Gavankar has had an exciting 2018. Earlier this year, she starred in the critical hit indie drama “Blindspotting” alongside Utkarsh Ambudkar. Gavankar is a close friend of Meghan Markle and attended the royal wedding in May. Her previous credits include “Arrow,” “The Mysteries of Laura,” and “Star Wars: The Last Jedi.”

We’re excited to see her take on a bigger leading role on the silver screen. 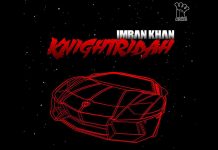