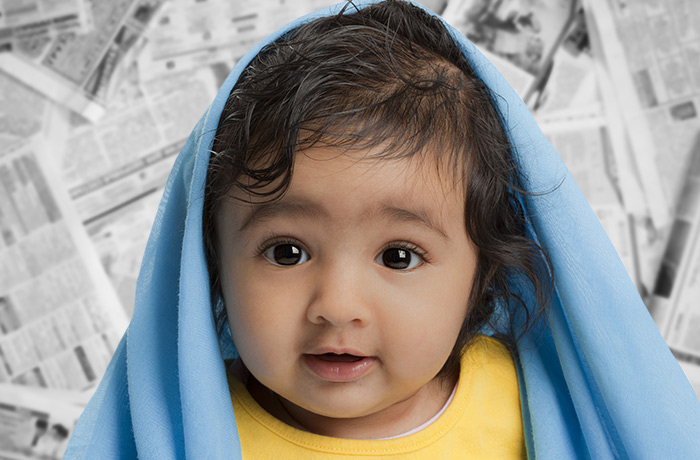 Since 1956, newspaper readers around the country have been regularly reading the “Dear Abby” advice column for guidance on life’s troubles. While the United States has changed dramatically since the column’s founding, a recent question and answer revealed that the advice column has not kept up with the times.

A famous advice columnist is telling people to whitewash their kid’s names if they want to be accepted. How should I tell her that’s wrong and racist?

Professor and activist Simran Jeet Singh recently went viral on Twitter this week when he shared a “Dear Abby” letter from September from a white father anxious about the fact that his Indian wife wanted to give their future child a name that reflected her heritage. “My wife, who was born and raised in India, is insisting on Indian names for our children,” the letter read. “The problem is they are often difficult to pronounce and spell. I’m not opposed to Indian middle names, but think traditional ‘Western’ names may be more suitable, since we will live in the United States.”

Instead of perhaps asking the dad to consider “easier” Indian names or advising him attempt to empathize with his immigrant wife’s desire to pass along her culture, Dear Abby turns out to be very much Team Dad.

“Not only can foreign names be difficult to pronounce and spell, but they can also cause a child to be teased unmercifully,” she wrote. (We should not here that teasing is never the result of a “foreign” name. It’s always the result of parents who raise bullies and the children who take it upon themselves to inflict pain on their classmates.)

The columnist then goes on to note that certain names can be “grating” in English before urging the reader to fight for a Western name for his child. “I hope your wife will rethink this,” she wrote. “Why saddle a kid with a name he or she will have to explain or correct with friends, teachers and fellow employees from childhood into adulthood?”

Sigh. If the average American can learn to say a basic name like Stephen Colbert correctly (a name whose pronunciation sounds nothing like the way it is spelled), they can learn how to pronounce names like Parvati or Imran or Navneet. But more than that, this seemingly simple letter reveals a host of potential issues this couple should work through before any child arrives.

It’s clear that what Dear Abby fails to realize is that this dialogue between this husband and wife is more than a discussion about names. Will this husband say that celebrating Hindu, Muslim or Sikh holidays would cause their children to be “teased unmercifully” and tell his wife to avoid doing so? Would one day visiting India as a family to meet relatives be deemed “impractical”? How will this family deal with these issues when they inevitably come up?

What this letter and its writer are really worried about is this family’s future identity and how they will present themselves to the world. The husband’s severe discomfort with his wife’s Indian-ness (because that’s exactly what this is) is the central issue here. A list of harmless baby names is not.